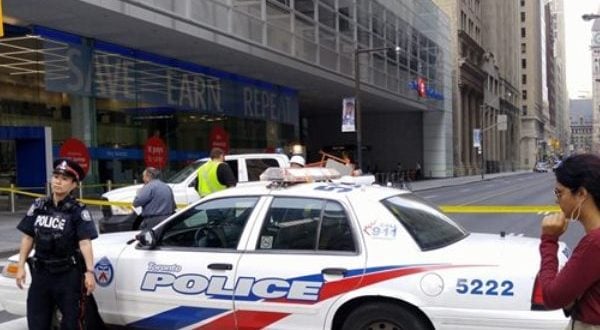 in LATEST UPDATES FROM THE SHOOTERS UNION CAMPAIGNERS September 12, 2018 0 93 Views

Gun grabbers love the idea of banning guns. Even if they’re not (currently) talking about a total gun ban, they still want to ban certain firearms. Right now, so-called “assault weapons” are their preferred target, at least in this country.

In the Great White North, however, handguns are the target. Right now, progressive anti-gun activists and politicians are focused on ridding their country of handguns. Who cares how vital they might be for personal defense, right? Some person might do something bad, so we’re going to limit the rights of everyone else because of that one possibility.

However, not everyone in Canada thinks this move will be the miracle cure.

Toronto and Montreal city councils have called for it, Toronto’s mayor has demanded it, the federal government is examining it, but the head of Toronto’s police union says a handgun ban won’t stop shootings.

After a string of gun-related deaths and injuries in Toronto this summer, the city called on Ottawa to ban the sale of handguns in the city and asked the province to halt the sale of handgun ammunition. Montreal made a similar plea soon after, calling for a nationwide end to private ownership of handguns and assault weapons.

“There’s no way in my world or any world I know that this would have an impact on somebody who’s going to go out and buy an illegal gun and use it to kill another person or shoot another person,” Mike McCormack, the president of the Toronto Police Association, said Friday.

“It really has no impact on the psyche of a gunman.”

The intention is noble, he added, but it’s “A notional gesture at best.”

Instead, McCormack would rather see more resources poured into policing and social services.

He said his years of experience in policing have taught him something about gun crime — individuals who steal, sell or use guns illegally are already facing mountains of jail time, so they’re unfazed by one more law that condemns their actions.

That goes for here in the United States as well.

While Canada continues to try and further reduce the kinds of firearms their citizens can own, we’ll soon be able to see just how right McCormack is. Those who are going to commit horrific acts will continue to do so.

Especially since the act that essentially triggered much of this outcry–a mass shooting in Toronto–was conducted with an illegal firearm. The laws were already in place, but it did nothing to block the gunman from arming himself. Nothing at all.

Meanwhile, millions of Canadian citizens will be impacted in an effort to stop a handful of criminals who won’t be swayed by yet another law for them to break. Like McCormack said, a notional gesture at best.

However, let’s also keep in mind that if not for the Second Amendment, this may well be our future. Canadian courts have already argued that there is no right to keep and bear arms in that country, a right only protected by the Second Amendment. It’s why any call to repeal the Second needs to be shot down.