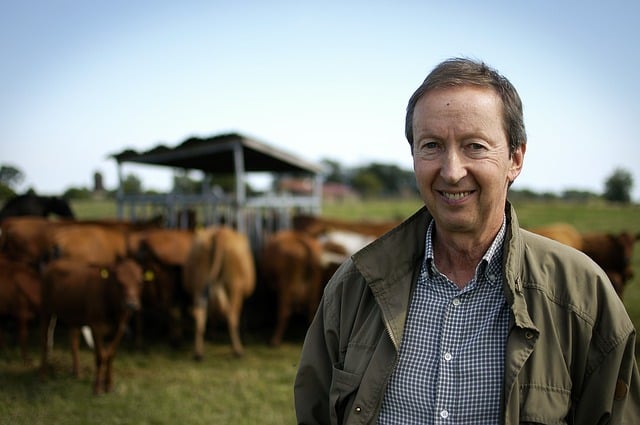 THEY say you should never bite the hand that feeds you, but apparently some Australia’s animal rights activists missed that memo.

Anti-farm group “Aussie Farms” has released a map of Australia showing the location of hundreds, possibly thousands, of farms, along with implications the owners may be involved in “animal exploitation”.

The organisation describes itself as “an animal rights charity, dedicating to ending commercialised animal abuse and exploitation in Australian animal agriculture facilities by increasing industry transparency and educating the public about modern farming and slaughtering practices”.

Shooters Union Stands with the National Farmers Federation and AgForce in calling for this radical group to end their malicious and offensive campaign against our nation’s farmers.

Our farmers do not deserve this kind of toxic, deeply offensive, unfounded and dangerous attack on their character, homes and livelihood. “Aussie Farms” should be stripped of their charity status, shut down immediately and made to face the harsh penalties for seeking to impede a farmers’ freedom to farm.

We know there are entirely too many militant animal rights activists and preachy, self-righteous vegans in Australia but this latest move crosses several lines and is well and has gone well and truly beyond ‘robust discussion’ and ‘freedom of speech.’

The implications of Aussie Farms’ actions could be far-reaching, with Commonwealth Agriculture Minister David Littleproud slamming the map as an “attack list” and “abhorrent”.

“What they actually are doing is putting in place a real risk to animal welfare through biosecurity and could actually mean that some of those animals need to be destroyed because of the stupidity of some idiot who wants to get their name in the newspaper,” Mr Littleproud told ABC News.

Vegans need food too – the last time we checked, vegetables and soy and tofu didn’t just magically appear in cupboards across the land – and this unwarranted and outrageous attack on the people who literally feed our country is not only unacceptable but revolting and un-Australian.

The people who work the land, who feed us, and are the very backbone of our nation need to be supported at every opportunity, not subjected to dangerous attacks by agenda-driven radical groups.

All Australians need to join together in taking a stand against this reprehensible behaviour and say “ENOUGH!”