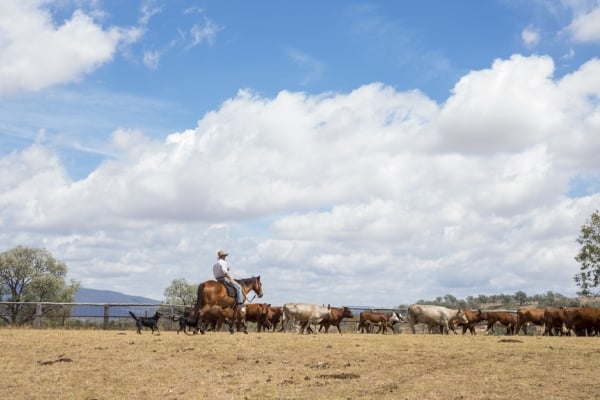 4 min read
FacebookTwitter
[box type=”shadow” align=”aligncenter” ]Below is an email that was sent by Grant Maudsley, the General President of AgForce, urging farmers and non-farmers to take to the streets in August to protest against the Government’s decisions regarding vegetation management as well as excessive and contradictory regulation. Please help us to support our Regional friends by including a large contingent of Shooters amongst their ranks. [/box]

As you would be aware, AgForce has been fighting hard on your behalf against proposed changes to vegetation management laws.

AgForce launched the ‘Fair Laws for Farmers’ campaign to give members an opportunity to get vocal in driving home the message that these ill-conceived laws will drive up food prices, shut down regional development and cost jobs.

Protest rallies in the regions have been generating some great media coverage, billboards have now gone up in key centres and the farmers’ videos we have been uploading on the website HERE and on the AgForce Facebook page have also been very well-received.

We are now preparing to take to the streets of Brisbane to protest against these laws and we want as many people as possible to get involved.

The protest rally we are planning for Brisbane will gather from 12 noon on Thursday 4 August at Queens Park (next to the Treasury Casino) to march from 12.30pm to Parliament House on the corner of Alice and George Streets.

We have chosen this day to coincide with the start of the Ekka – the time of the year that the country comes to the city.

As part of the planning process for the rally, AgForce is booking buses from nearby regional centres such as Kingaroy, Warwick (stopping off at Beaudesert on the way) and Gympie.

We are asking members to please register your interest for a free bus seat online HERE as soon as possible if you would be interested in coming on a bus to take part in the Brisbane rally.

Buses are also currently being considered for SIQ and SW members to depart from either Roma or Toowoomba, and for CQ members departing from Rockhampton.

We would encourage members to get together a group of people and travel down by car as well.

I’d also like to remind everyone that AgForce has a crowdfunding page to support the ‘Fair Laws for Farmers’ campaign. After some initial technical issues, the page is back up and running and accessible HERE. Thanks to all those who have contributed so far either via the crowdfunding page or directly to AgForce.

Farmers very rarely take to the streets to protest against Government decisions, and this is the first time in AgForce’s history that we have organised a march in Brisbane.

We want as many people as possible to come along and take part so the State Government gets the message that we are fed up, we are angry and we are not going to just meekly accept these changes.

Agriculture has always been one of the bedrocks of the state’s economy, and I firmly believe our industry has a bright future, but we need sensible land management laws if we are to reach our full potential.

This protest rally is all about telling the Queensland Government they can’t keep kicking us around and expect us to take it. Eighteen major changes and 38 amendments to vegetation management laws since 1999 is just ridiculous.