Home - LATEST UPDATES FROM THE SHOOTERS UNION CAMPAIGNERS - How did Shooters get the NSW Shotgun ban overturned? 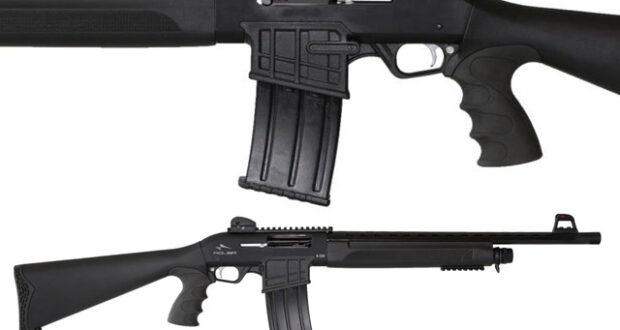 How did Shooters get the NSW Shotgun ban overturned?

THIS week’s news that NSW FAR has reversed its ill-considered decision to ban the Adler B230 and Berika EXT-12 shotguns is a win for shooters in The Premier State – but it wouldn’t have happened without the tireless work of some of NSW’s top shooting groups.

Shooters Union stood shoulder-to-shoulder with SIFA, the NSW Firearm Dealer’s Association and SSAA Sydney as part of a Coalition of NSW Shooting Groups to overturn the ban.

Among other things, Shooters Union NSW co-ordinator Craig Golding wrote a series of letters to MPs across NSW and spoke directly to the NSW Police Minister’s office and the Firearms Registry (FAR) directly outlining our concerns and demands the decision be reversed.

Those concerns included the lack of consultation, the lack of official notice (the overwhelming majority of dealers were not notified officially in writing of the decision) and the fact the ban was completely ridiculous and not supported by legislation.

Suggestions of “public malfeasance of office” relating to the arbitrary and clearly ideological nature of the ban may also have been made, too.

These weren’t one-time things, either. When the FAR directed our enquiries to “Senior Management”, Craig was straight back in there demanding “Who are these people? What are their contact details? Who and what authorises them to make these decisions?”

Every single day, we made it very clear to the Police Minister and FAR: We’re not backing down, we aren’t going away and we will take this matter as far as it needs to go to get the correct resolution.

Craig kept shooters across NSW updated on social media and liaised constantly with the other Coalition of NSW Shooting Groups members, helping ensure we were all on the same page with accurate information and fighting effectively for every law-abiding firearms user in NSW.

Backing us up were the countless Shooters Union members and shooters who bombarded their MP and the NSW Police Minister with e-mails, letters and phone calls demanding the ban be reversed immediately – we know these made a difference.

This multi-pronged approach, with the other NSW shooting group coalition members working tirelessly from their end, has led to this measurable win for NSW shooters.

Of course, the ban should never have happened in the first place, and we’re committed to making sure it doesn’t happen again.

NSW’s Appearance Laws are in our sights and you’ll be hearing more from us on this important matter soon – after all, if the antis won’t rest, neither will we.

2021-01-15
sandra
Previous: WLB Audit Findings – How we’re responding.
Next: Queensland Shooters: Have you had your licence suspended or refused for not being a fit and proper person?