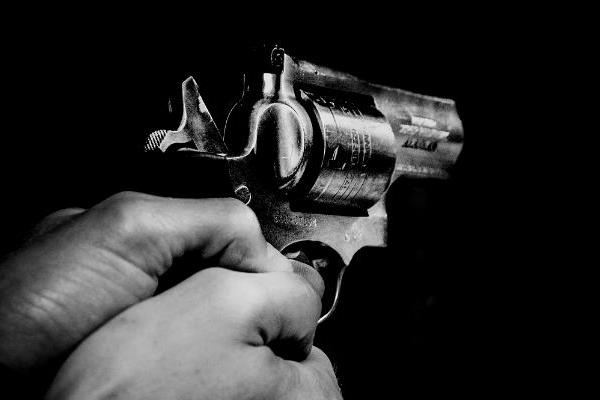 9 min read
FacebookTwitter
[box type=”shadow” align=”aligncenter” width=”100%” ]From the quotes in the press release below, this new Australian Gun Safety Alliance sounds a lot like just another gun control group. This press release shows their names and organisations. [/box]

A new alliance of concerned organisations has come together to ensure that Australia’s strong gun safety laws are protected.

The Hon Andrew Leigh MP, co-Chair of the Parliamentary Friends of Gun Control, said the NFA emerged from a terrible tragedy but has since saved hundreds of lives in averted homicides and suicides.

“Two decades on, it stands as an example that other countries can learn from, and a reminder of the need to remain vigilant in preventing gun violence,” Mr Leigh said.

John Alexander MP said Australians must never forget the sacrifice made by the victims of the Port Arthur massacre.

“We must remain vigilant to ensure that the gun laws made in their memory are the powerful and lasting legacy that they were designed to be,” he said.

Organisations from a wide range of sectors, including health, medical, family violence, children, education and emergency services, will work together to ensure that all governments in Australia comply with the NFA.

Walter Mikac, who tragically lost his two children and his wife at Port Arthur, said the Alliance will represent the vast majority of Australians who strongly support our gun safety framework.

Lesley Podesta, CEO of the Foundation established in honour of Alannah and Madeline Mikac, said that last year, all state and territory governments renewed their support of a National Firearms Agreement.

“However, remarkably, not a single government is fully compliant,” she said.

The introduction of gun reforms after Port Arthur have had a significant impact on the safety of the Australian community.

Deaths from firearms have more than halved.

After the gun reforms were introduced, there had been no mass shootings in Australia between 1996 and May 2018 when the tragic murder/ suicide occurred in WA. It has been estimated that without our gun reforms we may have expected to have at least 16 mass shootings since Port Arthur.

Quotes from members of the Australian Gun Safety Alliance

Walter Mikac, whose family was tragically killed at Port Arthur said the Alliance will provide a balanced public debate. “It will represent the vast majority of Australians who strongly support our gun safety framework,” Mr Mikac said.

“We must continue to try and stop more firearm deaths,” he said. “Australia’s gun laws are being challenged, putting all Australians and our children at risk.”

“This Alliance has been formed in response to increasing concerns among health professionals and other sectors that Australia’s gun laws are being watered down to levels which threaten the public’s health and safety. The National Firearms Agreement offers a sufficient level of protection to the general population from gun violence while still allowing for legitimate firearm users to have appropriate access to firearms. It’s critical that all Australian states resist pressure to weaken our gun laws, and instead uphold the National Firearms Agreement which has been successful in reducing gun violence in Australia.”

“ANZICS supports the public health initiatives of the Australian Gun Safety Alliance to ensure that the community is protected from gun violence.”

“Firearms are a major cause of death and injury, particularly in rural and regional Australia. This Alliance will do its utmost to maintain the focus on licensing, registration, safety and storage of firearms.’

“The Police Federation of Australia, representing 62,000 Australian police officers, is pleased to support initiatives aimed at reducing gun violence in our community.”

“The AMA welcomes the formation of the Australian Gun Safety Alliance, and we agree with its objectives.

Gun ownership laws should be tougher, and not watered down in any way. A national, real-time firearms register should be established.

There is a legitimate role for guns in agriculture, regulated sport, and for the military and police, but gun possession in the broader community is a risk to public health.”

“Firearms are used to kill, but they are also a tool that abusive men use to threaten and coerce women and children. Strong gun safety laws across Australian jurisdictions, through compliance with the NFA, will help keep women and children safe from violence.”

“We only need to look overseas to see the countless number of Australian lives that gun reform has saved. We can go to sleep at night knowing our families are safe thanks to these laws, which are some of the most effective in the world. We can never forget the sacrifice made by the victims of the Port Arthur massacre, and we must remain vigilant to ensure that the gun laws made in their memory are a powerful and lasting legacy.”

The NFA emerged from a terrible tragedy but has since saved hundreds of lives in averted homicides and suicides. Two decades on, it stands as an example that other countries can learn from, and a reminder of the need to remain vigilant in preventing gun violence.

“The present situation in Tasmania is the exact reason that Australia needs a strong voice on the issue of firearm safety. The Tasmania government continues to be pressured by the gun lobby to make changes to the Tasmania Firearms Act that will water down safety measures for Tasmanians and in some cases will clearly breach the National Firearms Agreement.”

Jacqui Watt, CEO, No to Violence

“No to Violence supports the Australian Gun Safety Alliance’s call to preserve and strengthen the National Firearms Agreement. The recent spate of family violence gun-related homicides by men tells us that robust measures must be taken to ensure that women and children live safe, fulfilled lives.”

“Our members have seen first-hand the tragic and destructive nature of gun violence on families and communities, and we are proud to support the Alliance.”

“The country must be vigilant about keeping the NFA intact. Any changes must be considered in terms of their impact on our safety, especially that of our children. However, we see the ongoing pressure placed on state governments by interest groups attached to the firearms industry to trade off public safety. ”

Looking back at the tragic massacre at Port Arthur in April 1996, and the Legislative response Federal and State several months later, I am surprised how the events and the response still resonate in public memory. It was a shock to the new Parliament and Government. It was for the families of the dead and wounded a tragedy which never left and never will leave them. Government and people put their hearts and hands out to them and said, with integrity and purpose, the capacity to commit this mayhem with the weapons most effective for that evil pursuit will end.

The response was hard and effective. This was partly because we had thought about it. Previous massacres at Hoddle St and Queen St had seen the States and Commonwealth put together a committee on violence. 1990 killings at Strathfield saw the Commonwealth ban importation of automatic and high velocity weapons. The laws swiftly enacted after Port Arthur had been swirling around Attorney General meetings for a number of years. With the buyback scheme the vicious nonsense ended.

I thought the then Prime Minister and Deputy acted with courage. The public was massively behind them. After serving six years as our Ambassador to the U.S I have emerged with an even deeper appreciation of the actions of our governments then and the firm public support. We have become the ‘poster child’ for both sides of the argument in The United States. An example feared and often counter-factually traduced by the supporters of unlimited gun ownership. On the regulated side we exemplify nirvana! Not a week goes by that a “mass shooting”, defined as four dead (not including the gunman), occurs. An image in my mind is of a frustrated saddened President Obama with an “our thoughts and prayers go out to the loved ones” theme on a regular basis. A community numbed by the tragedy, overwhelmingly supportive of regulation but politically atrophied. For many young Americans it feeds a perception of ineffectual adult leadership.

Ideologising guns is a new thing. In the 19th century, the second amendment was completely understood in its Defence context. Far from being wild, the West tried to regulate itself. The gun ideology has been fed by recent, not old judicial interpretations. Nevertheless it gives you pause for thought that if every suggested regulation I have seen proposed in the U.S was legislated, the U.S would not have gun laws as tough as we had before the Port Arthur massacre.

It also has to be understood gun regulation does not mitigate the mental issues, anger, criminal intent, despair which creates a murderous or suicidal cast of mind. What it does do is massively mitigate the damage and the spread of misery to the uninvolved. That is major. The families of the victims of Port Arthur know that their suffering drove an exemplary determination in the Australian political class and community. The then Prime Ministers’ and the State Governments’ leadership stands now like a beacon. It is the example to which nations handling this problem aspire.

Please Note: Mr Beazley will not be taking further inquiries on this matter at this time.