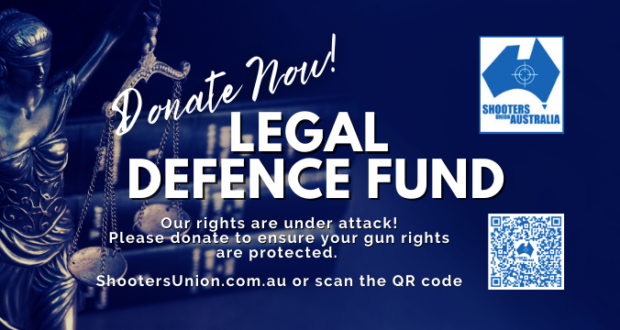 in LATEST UPDATES FROM THE SHOOTERS UNION CAMPAIGNERS October 19, 2021 0 329 Views

So far this year we have assisted more than 80 shooters and spent more than $18,000 on legal battles with firearms licensing branches around Australia.

Since our last update, a number of Shooters Union members have had licences issued or suspensions and refusals overturned as a result of our legal advisors’ involvement. Some of the causes of the refusals from Weapons Licensing are for minor criminal charges many years ago, as well as traffic infringements.
.
We have also received more than a dozen new cases in the past few weeks, including members who have received Show Cause notices due to other people (not the licensee) at their residence being considered unsuitable to have firearm access.

Our fight for your rights is helped by the many generous donations being made to our Legal Defence Fund. Please consider donating if you can – every dollar makes a difference and helps Shooters Union fight for the rights of all Australian shooters, including you: