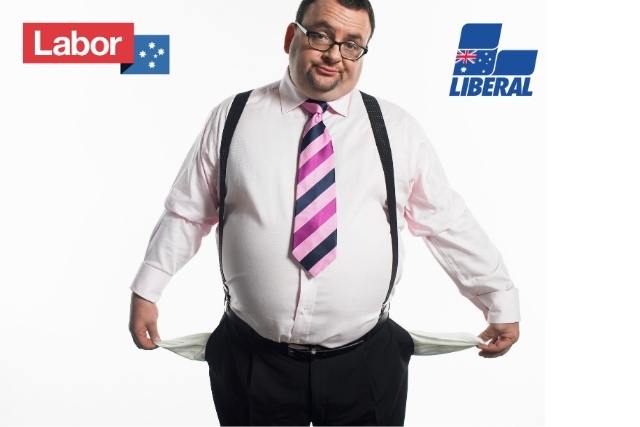 Did you know that every time you give a party your ‘1’ vote on the ballot in Queensland, you are also giving them $3.14 as well?

Under Queensland’s public election funding laws, parties receive $3.14 for every first preference (‘1’ vote) they receive – which adds up to millions of dollars every election, straight into their pockets.

We say it’s time to take the Majors’ pocket money away.

By Voting 1 for a pro-gun party like Katter’s Australian Party (KAP) or Pauline Hanson’s One Nation (PHON) or a pro-gun independent candidate, you are taking money back from the Majors, giving it to someone who can use it to fight for you, and sending a message to the big two that we as voters have had enough of being taken for granted.

Every ‘1’ vote that goes to someone else is money the Majors can’t use to push their anti-gun policies.

The Majors take the electoral funding for granted – and got a shock in 2017 when the #Flick’Em campaign resulted in the lowest first-preference vote for the Majors in Queensland history. The campaign took well over a million dollars away from the Majors and distributed it to parties representing real, hard-working Queenslanders.

The Majors clearly haven’t learned from that experience, so it’s time to remind them in a way they’ll understand – on their accounting balance sheet.

Put the Majors last and take their pocket money away!