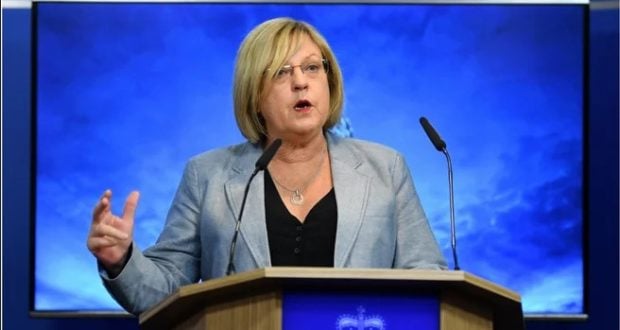 ONE of Australia’s most prominent pro-firearms organisations has called for Victorian Police Minister Lisa Neville to resign in the wake of disgusting, offensive and baseless comments implying licensed firearms owners were domestic violence offenders.

Speaking at a televised press conference yesterday morning, Ms Neville openly declared the Victorian Government’s decision to halt the sale of ammunition and firearms parts to recreational hunters and target shooters was due to concerns over the potential for domestic violence incidents as a result of the COVID-19 lockdown.

Shooters Union Australia president Graham Park slammed the comments, calling them “quite possibly the most offensive, disgusting, ignorant and dangerous thing I have ever heard from a Government Minister”.

“I am simply flabbergasted by the Minister’s delusional and appalling comments, and I cannot believe she was allowed to air them unchecked.”

“Many law-abiding firearms owners are themselves victims of domestic violence, so Ms Neville has succeeded only in re-victimising and traumatising a vulnerable group for her own political ends,” he said.

“It is clear that someone with such clear disgust and disdain for the most law-abiding parts of the Victorian community is not fit to be the Police Minister, and she should apologise and resign immediately.”

Obtaining a firearms licence is a time-consuming process with many background checks undertaken – including checks related to domestic violence.

“Anyone who has a firearms licence has proven themselves to be an upstanding, fit and proper person in the community. They are the group least likely to be perpetrating domestic violence,” Mr Park said.

“I cannot reiterate strongly enough just how utterly disgusted we are with the Police Minister’s insinuations. They are shameful and she should be ashamed of herself for uttering them.”

Mr Park said the fact gun stores were the only general retail outlet ordered to stop trading with a particular group of customers was further proof the declarations had nothing to do with public safety or domestic violence concerns.

“If Ms Neville is so worried about domestic violence, why is Bunnings still open? They sell axes, chainsaws, poison, and all manner of other dangerous items,” he said.

“Why are bottle shops still trading? Everyone knows alcohol is a massive factor in domestic violence incidents.”

Mr Park said the Government’s statements proved the sales restrictions had nothing to do with ‘public safety’ or domestic violence and everything to do with blatant, hateful and damaging discrimination.

“Substitute ‘hunters and recreational shooters’ for ‘the LGBTQI community’ or ‘black people’ and see if the rationale Ms Neville provided is OK. And the answer is no, because it’s not OK,” he said.

“We have said it before and we will say it again: There is no public health risk involved in letting licensed gun shops sell ammunition and parts to all licensed shooters, not just primary producers.”

“Yes, there’s a pandemic on, but that’s not an excuse to start pushing a discriminatory agenda under the blatantly false cover of ‘public safety’.”

Mr Park said there was also the very concerning fact the Victorian Government had apparently just admitted it has no faith in the integrity of its own firearms licensing system,  despite having spent hundreds of millions of dollars on the registry over the years.

“If they’ve admitted they can’t get that right, what other serious public health and safety matters are they dropping the ball on?,” he asked.

Mr Park said there was a strange idea among the public that guns were readily available to anyone, when that could not be further from the truth.

“I cannot make this any clearer: No-one, even with a gun licence, can walk into a gun shop in Victoria, pick out a firearm, and walk out the door with it right away,” he said.

“Buying a gun requires a licence – which requires numerous police and background checks and takes several months to get – as well as a police-issued permit for every additional gun the licence-holder wants to get.

“There are already checks and balances in the system to ensure unsuitable people do not legally acquire firearms.