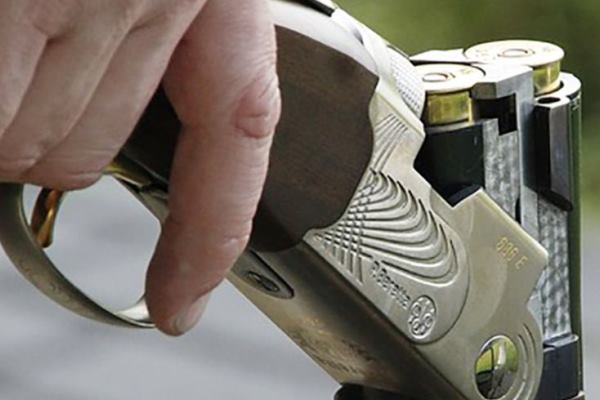 The ABC can reveal a report from Tasmania Police to the Liberal Government found its policy to water down firearm laws risked breaching the National Firearms Agreement, with none of the commitments costed or funding identified.

The report, obtained through a Right to Information request, was prepared in March by an “officer” of Tasmania Police, whose identity has not been released.

The exact date of the report’s delivery to government is unclear.

The Liberals’ plans to water down the state’s firearms laws were revealed in the media on the eve of the March 3 election, with survivors of the 1996 Port Arthur massacre among those outraged by the proposals.

Premier Will Hodgman assured voters on the day before the election that the advice from his then-police minister Rene Hidding was that the policy did not breach the National Firearms Agreement (NFA), which was introduced after the mass shooting and updated in 2017.

But the March report identifies a number of risks posed by the policy, including a potential breach of the NFA.

“It is not currently clear that all of the proposed amendments are within the scope of the National Firearms agreement, to which Tasmania is a signatory,” the report said.

The document also found the “wide-ranging” commitments would mean “substantial resource imposts”, and either require more staff or the reduction of other services.

“None of these (commitments) appear to have been costed, and no funding source has been nominated”.

Some information has been withheld from the Right to Information response because it includes opinions of a “non-factual nature” that have been deemed contrary to the public interest.

The report said any changes to gun laws would have to remain within the scope of the National Firearms Agreement, but that the state’s Firearms Act 1996 does require a “substantial revamp” regardless of the Government’s proposed reforms.

Roland Browne from Gun Control Australia said he was not surprised the Tasmania Police officer who authored the report was unconvinced about the policy conforming to the national agreement.

“It seems to me that the police accept that that’s just what’s going to happen,” Mr Browne said.

He said the report’s questions about costings and implementation showed there had been little consultation by the Liberals on the policy.

“It is a rushed job and I think the police have given it a poor scoring.”

Greens MP Rosalie Woodruff said it was likely the March police report was produced after the state election.

“This is policy on the run that was cooked up by a conversation with gun lobby stakeholders,” Ms Woodruff said.

In a statement, Police Minister Michael Ferguson said the Government would not breach the NFA.

“Further work on costing will occur during the drafting and planning process,” he said.

Months on from the election, Mr Hodgman has refused to say whether Mr Hidding gave him misleading advice about the proposal to extend firearms licences to 10 years not breaching the NFA, despite the agreement clearly stipulating that licences be issued for period of no more than five years.

The NFA also specifies that firearms storage breaches must result in licence cancellation and firearms confiscation, whereas the Liberals’ policy would water that penalty framework down to infringement notices for “minor” storage breaches.

Gun Control Australia is trying to obtain the advice from Rene Hidding to the Premier through the Supreme Court, but the matter is not expected to be heard for another two months.

The Government has enthusiastically supported an Upper House inquiry into its firearms policy, meaning the proposed changes may never make it to legislation in their current form.