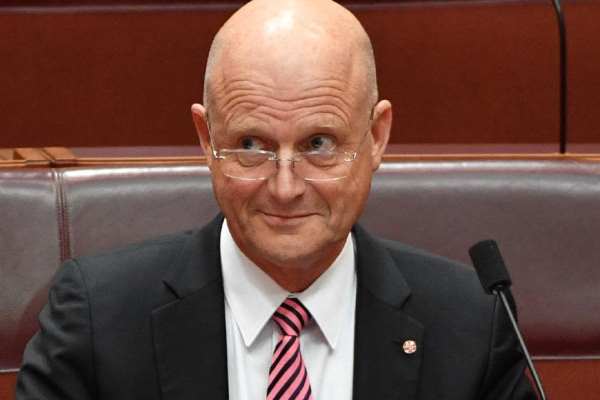 Sticking to your guns with David Lyonhjelm

2 min read
FacebookTwitter
[box type=”note” align=”aligncenter” ]Senator David Lyonhjelm will be guest speaker at the Queensland AGM of Shooters Union.  The AGM is on Saturday 24/11/18 at 9.30 am at the United Services Club, 183 Wickham Terrace, Brisbane. Parking is available on-site though a charge will apply. Formal notification will come to you via email. Have you RSVP’d yet?[/box]

Senator Lyonhjelm has arguably done more for shooters in Australia than any other politician. He is a founding member of Shooters Union NSW and is an enthusiastic supporter of target shooting and hunting. His facebook page gives some background into his aspirations for Australia:

My Australian dream…
SENATOR DAVID LEYONHJELM·WEDNESDAY, 10 JANUARY 2018
I dream of a country in which we are each in control of our own lives; where the government keeps its nose out of private matters (and knows what they are); where we are free to live as we please so long as we do no harm to others; and where our money is our own.

I am not an anarchist, as I believe some level of government is necessary. National defence and the criminal justice system are, in my view, examples of legitimate government responsibility.

But I am also not a socialist, as I believe collectivism, and government planning and control, inevitably leads to inferior outcomes compared to what is achieved by people acting individually.

I could never be a racist, sexist or homophobe because I refuse to define people collectively. Indeed, I share the vision of Martin Luther King:

I have a dream that my four little children will one day live in a nation where they will not be judged by the colour of their skin but by the content of their character. I believe people are better at using their own money than the government, and should therefore keep a lot more of it than they do at present.

I believe people are better at making decisions about how to live than the government. And whether to live. I am a libertarian.