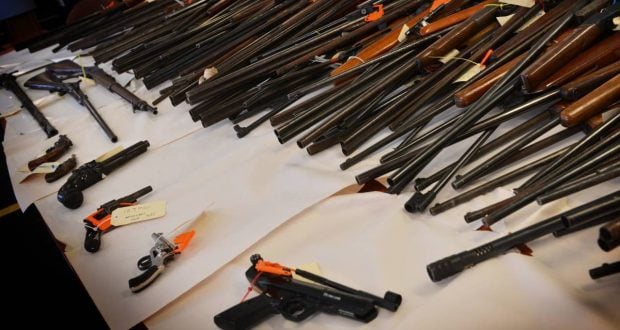 in LATEST UPDATES FROM THE SHOOTERS UNION CAMPAIGNERS, Tasmania May 29, 2018 0 293 Views

Legislative Council Independent member Ivan Dean (a former senior Policer Officer) is heading up a parliamentary inquiry into gun laws in Tasmania. It’s expected to be put into motion in the next month, but not imminent. The Police Minister said he was sure a submission from the Shooters Union would be most welcomed and thought the Union could be a witness for the inquiry.

The Legislative Council has agreed to set up an inquiry to look at changes to Tasmania’s gun laws.

Windermere MLC Ivan Dean successfully moved 10 votes to four for the inquiry when the Legislative Council sat for the first time this year.

The MLCs who opposed the inquiry were Ruth Forrest, Rob Valentine, Kerry Finch and Mike Gaffney.

On the eve of the March 5 state election, the Liberal Party proposed to double the duration of gun licenses to 10 years and make weapons such as pump-action shotguns more readily available.

“It is an emotional issue,” he said.

“Port Arthur was the greatest tragedy in this state and this country and it remains raw for many people.

“It haunts us for the rest of our lives.”

Mr Dean said he hoped the inquiry would be dealt with expeditiously but not rushed and would be completed by the end of the year.

Murchison MLC Ruth Forrest opposed the inquiry arguing it should be the government who should come up with any changes.

“Some of the changes they want are sensible but they should have happened in the last term of this government,” Ms Forrest said.

“They should be consulting and putting out a policy position.”

“I am a tradie and well qualified to look out for the best interests of farmers,” Ms Hiscutt said.

She will serve on the committee with Mr Dean as chair and members Robert Armstrong, Mike Gaffney, Tania Rattray and Joanna Siejka.

“We understand this is an emotive issue for all Tasmanians and we are therefore very committed to engaging in extensive consultation before legislation is tabled,” Mr Ferguson said.