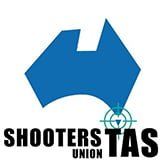 We have expanded into Tasmania!

1 min read
FacebookTwitter
The Shooters Union movement has long had members in all states in Australia, plus a few overseas.  We’ve had numerous requests to formally establish ourselves interstate, so after careful consideration of the best mechanism to do that, Shooters Union Australia is now a company, and we have established  Shooters Union Tasmania Pty Ltd.
Whilst the formalities to restructure are still in train, we have a very enthusiastic bunch of Taswegians already establishing their bona-fides to the newly elected Tasmanian government.
The very able man in charge is Alistair Shephard.
If you’re in Tassie and want to be involved, you can contact Alistair on president.tas@shootersunion.com.au
He’ll be pleased to hear from you.

FYI: As membership of the State-based associations is based on location, existing Shooters Union Members based in Tasmania, will automatically become part of Shooters Union Tasmania. New Members should join using the form here.