Home - LATEST UPDATES FROM THE SHOOTERS UNION CAMPAIGNERS - Explainer: what is the Adler shotgun? And should restrictions on it be lifted? 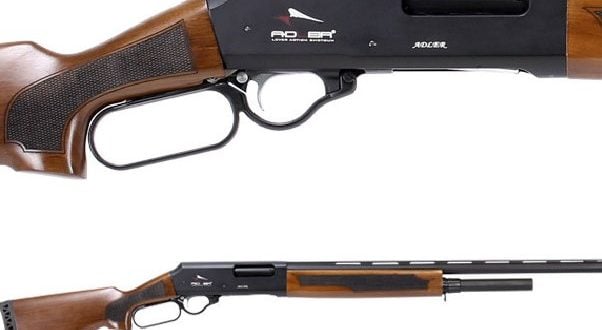 Explainer: what is the Adler shotgun? And should restrictions on it be lifted?

The controversy whether Australia should allow the importation of the Adler A110 lever-action shotgun has certainly delivered some over-the-top political theatre. If you believe hyperventilating sectors of the media, the Adler is a newly invented death machine. If you believe some politicians’ rhetoric, allowing the Adler into the country dramatically waters down Australia’s 1996 gun laws.

This sounds ominous. But is any of it true?

The Adler has been incorrectly described as “new” or “advanced” technology. In fact, lever-action shotguns have been around for well over a century.

The Adler looks modern on the outside, but on the inside there is nothing new.

The most contentious feature of the gun, and the reason for the parliamentary angst, is its magazine – the part of a gun that holds extra ammunition. Again, this is nothing new. Various models of lever-action shotgun with magazine capacities of five or more rounds have been on the market in Australia for decades.

Claims the Adler A110 somehow weakens Australian gun laws are pure fiction. Lever-action shotguns have always been permitted in Australia. For the past 20 years, they have been available to “Category A” firearm licence-holders.

Some say this is the “easiest” category for obtaining firearms, making it sound as if someone can instantly get a licence and go out and buy a gun. The truth is more complex.

What is a Category A licence? And who can get one?

To obtain a licence, a person must be over 18 years of age, complete approved safety training, and prove they have a “genuine reason” for owning firearms. “Genuine reasons” include purposes like target shooting, hunting, or primary production. Self-defence is expressly prohibited.

A person must be “fit and proper” – or, in other words, meet certain standards of character and behaviour. The standards rule out anyone with a history of, for example, violence (including domestic or family violence), illicit drug use, misuse of weapons, or other criminal activities.

It is mandatory for police to conduct backgrounds checks into licence applicants to ensure they are fit and proper.

It is an offence to provide false or misleading information, and penalties apply. A 28-day waiting period applies before a licence will be issued.

If a person is approved to hold a Category A licence, and wants to purchase a firearm, they must apply to police for an individual “Permit to Acquire” for each gun they want to own (and pay a fee). All sales must occur through a licensed firearms dealer, and all firearms must be registered with state authorities. Guns must be locked in a safe when not in use.

The hyperbole about the Adler simply does not match the facts. This is symptomatic of the generally poor quality of debate around firearm policy in Australia.

This, in turn, is rooted in Australia’s ongoing obsession with the concept of “gun control”.

The current furore is a holdover from beliefs that were fashionable in the 1980s. Back then, it was assumed that more guns mean more crime, and that certain types of guns are “more dangerous” than others. Although both assumptions have since been dispelled by Australian and international evidence, advocating for gun control has become more about signalling moral virtue than about a search for good policy.

For politicians, “being seen to be good” often trumps evidence-based decision-making.

Australia’s fixation with gun control has come at the expense of gun violence control. The two are not synonymous. Depending on the specific legislative measures and types of violence, they can certainly be related – but they are not identical.

Gun control is easy – all it involves is passing laws.

Canada, the UK, and even the US have all implemented effective gun violence reduction programs. Australia has a lot of catching up to do. But it seems our politicians would rather keep shouting at each other about old guns than talk seriously about new approaches to improving public safety.

Article written by Dr Samara McPhedran, Senior Research Fellow, Violence Research and Prevention Program, Griffith University. Disclosure: Samara McPhedran does not work for, consult to, own shares in or receive funding from any company or organisation that would benefit from this article. Dr McPhedran has been appointed to a number of firearms advisory panels and committees, most recently as a member of the Queensland Ministerial Advisory Panel on Firearms, and as a previous member of the Commonwealth Firearms Advisory Council. She does not receive any financial remuneration for these activities. She holds memberships with, and volunteers for, a range of not-for-profit firearm-related organisations and women’s advocacy groups. She is not a member of any political party. This article first appeared 19/10/16 at 2.07pm AEDT https://theconversation.com/explainer-what-is-the-adler-shotgun-and-should-restrictions-on-it-be-lifted-67299
adler lever action Category A Licence Dr Samara McPhedran firearm legislation firearm licencing firearm licencing legislation National Firearms Review 2016-10-20
sandra