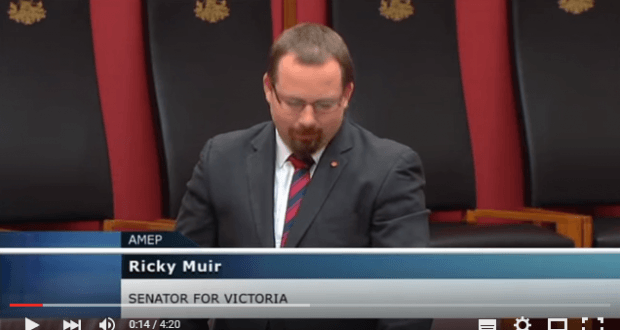 There is absolutely no evidence to support this but that is a direct quote from the Attorney General of Australia Senator George Brandis Tuesday evening in Parliament in response to a question from Senator Ricky Muir.

So there it is.

Just as we have been warning you, this isn’t just about lever action shotguns, they want to take ALL lever action firearms.

Are you going to stand for that?

Click play on the video below to watch what happened when Ricky Muir posed Firearm Questions to Senator Brandis in parliament.

You need to see this, as otherwise you would not believe how firearm owners are being slandered and attacked by the very people we elected to represent us. This should make you think carefully before you cast you vote in the next election.

Perhaps it would be a great idea if they focused their budget dollars and their efforts on criminals and not YOU!!

You need to contact EVERY coalition (LIB/NAT_ federal AND state) member of parliament in Australia NOW!!

And tell them politely what you think of their attitude towards legitimate firearms owners.

Don’t forget to fire up your shooting friends and your gun club.

Get them to join Shooters Union to support the battle and get them writing letters and emails to MPs and Senators.

Previous: NIOA – Gun Law Update August 2015
Next: What are the FWPWG & the NFA… and what are they up to!