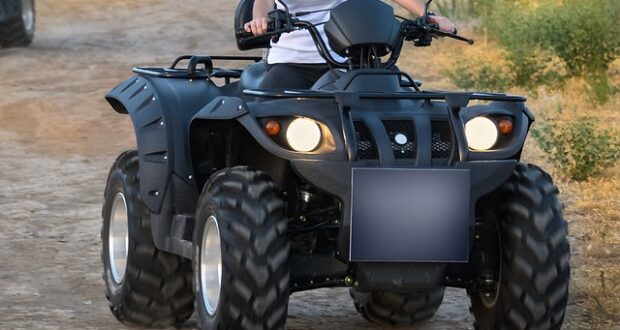 FEDERAL Government legislation mandating roll-over safety bars in all new quad bikes from October next year could be the end of a vital piece of hunting and agricultural equipment in Australia, the country’s pre-eminent shooting group says.

From October 2021, all quad bikes imported or sold new in Australia will, among other things, be required to have rollover bars installed, allegedly for safety reasons.

However, the four largest quad bike brands in Australia – Honda, Polaris, Suzuki, and Yamaha – have said they will cease selling their quad bikes in Australia once the regulations come into force from October 2021, severely limiting the range available and potentially spelling the end of quad bikes as rural utility vehicles in Australia.

Shooters Union Australia president Graham Park said quad bikes were essential equipment for hunters and farmers alike, and was deeply concerned at the lack of “on the ground” consultation carried out before the new regulations were introduced.

“I don’t think the people making these laws realise just how big the Australian bush is, or how their well-meaning but poorly implemented regulations are going to affect hundreds of thousands of hunters and farmers,” Mr Park said.

“Quad bikes are essential for travelling across rough terrain on large farms, and they also provide a stable and safe way to transport firearms in the field, particularly in areas where there are lots of game or pests and the shooter may need to be retrieving and replacing their gun frequently.

“Essentially removing them from the market is going to make it incredibly difficult for hunters, pest controllers and primary producers to do their jobs – not everyone can ride a motorbike and they’re not always the right choice for the terrain, animals being pursued, or climate.”

Mr Park said quad bikes were not inherently unsafe and Shooters Union had questions over the ACCC statistics justifying the new regulations.

“We do not believe their statistics take into account factors such as reckless behaviour, being driven by people under 16, or having extra passengers,” Mr Park said.

“If people wish to retrofit safety devices like rollbars to their quad bikes, we fully support them in that choice – especially if the Government wants to subsidise the cost of doing so. What we do not support is the Government mandating their inclusion to the point where they’re basically closing down the market for most of the products and hurting our rural sector as a result.

“When four major manufacturers are saying they will leave the Australian market over this, the Federal Government really needs to pay attention.

“We join the calls for the Federal Government to re-evaluate these regulations and listen to the manufacturers, hunters and primary producers who know these machines and the environments they work in best.”

Your rights are just as important as the rights of City Voters!