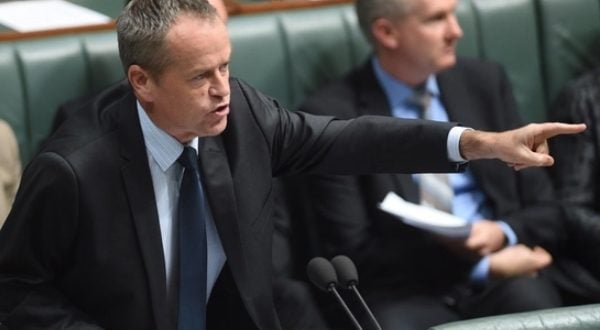 Labor has accused Malcolm Turnbull of being so weak he's prepared to trade weaker gun laws for securing the passage of the government's industrial relations agenda through the Senate.

in LATEST UPDATES FROM THE SHOOTERS UNION CAMPAIGNERS October 18, 2016 0 479 Views

Opposition Leader Bill Shorten interrupted the usual business of parliament on Tuesday to move a motion noting the House of Representatives would never put Australians at risk by watering down gun laws.

“That the prime minister is so wounded, so weak that he will do any deal to try and harm and destroy the representatives of working people,” he told MPs.

Liberal Democrats senator David Leyonhjelm says the government reneged on a deal to end the ban on importing the Adler lever-action shotgun.

Mr Shorten said Mr Turnbull had five opportunities during media interviews on Tuesday morning to rule out a deal.

“His refusal to do so shows at best he is contemplating doing it,” he told parliament.

“At worst, he’s already agreed to do it.”

Gun laws should be made with the unanimous view of the parliament, Mr Shorten said.

“Gun control should not be a political play thing.”

Mr Turnbull said the government had ensured no Adler lever action guns with more than five rounds could be imported.

“We stand by the national firearms agreement – we are supporting that with an import ban,” he told parliament.

“The action of the opposition in trying to use this as a distraction is a disgrace.”

The ban would remain in place until there was a satisfactory reclassification of the guns by COAG, the prime minister said.