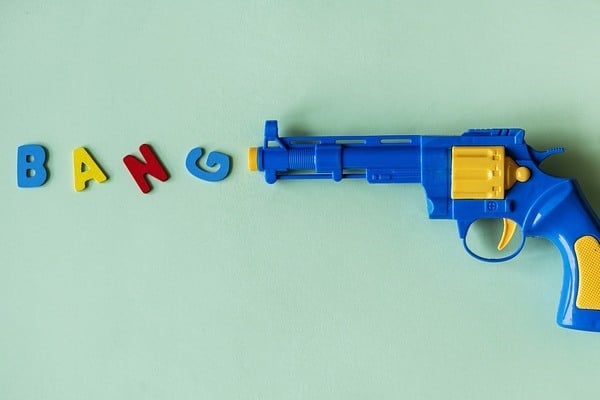 In the midst of a terrible drought across Queensland affecting their core support base as well as the massive social and business issues facing every Queenslander, Liberal National Party Queensland leader Deb Frecklington found a REALLY big issue for the state. She wants to BAN toy guns, yes you got it right, the Queensland Opposition leader has actually called for a ban on some “gell blaster” toy guns because they “look very real”. I nearly fell off my couch when I saw this on TV. Click here.

Over the past 20 years I have seen the LNP do some strange things, first they brought in the NFA we now live with, then they have repeatedly supported Labor (recently with lever action shotguns) and now they want to worry about banning toys that “look real”. I think it’s concerning that the Queensland LNP do not seem to think that there are much bigger problems to fix in our state. I also think it’s important to note that in Queensland it is already an offence to cause fear or alarm by being armed in public, and that applies to any item (including toys).

So if someone was out and brought a toy and waved it around they run two key risks:

Any of us can walk into a toy shop and buy a toy gun and it take three minutes to slap some black paint on it and nearly any of them will look pretty “real”.

I can only imagine that Dangerous Deb and the LNP will soon be protesting outside any and every toy store across the state for immediate action. Perhaps a “buy back” of kiddies toys is overdue?

When a supposedly conservative party like the LNP goes this far off the rails, it is time for a couple of things to happen:

I am fully aware this is a tempest in a teacup and whether or not they ban toys is not our core mission, but when we see supposedly sensible politicians and parties behave this stupidly you begin to understand why so many Queenslanders and others around the country have had enough and are placing their votes elsewhere. The federal LNP is already in a tough bind with the recent leadership spill, so their state branches can’t afford to lose supporters.

Note if you do wish to contact the LNP leader or deputy leader directly their emails are below: