The Nationals Senator for Victoria Bridget McKenzie said today the demonisation of licensed and responsible firearms owners by the Greens must stop, following the tabling of the Senate’s Inquiry into the ability of Australian law enforcement authorities to eliminate gun related violence in Australia.

Senator McKenzie said the report, tabled today, found that only four hundredths of one per cent of all registered guns in Australia were stolen and only five per cent of those were used to commit a crime.

“Many of the claims made by Senator Wright, including her statement that ‘most illegal guns are not trafficked into Australia, but stolen from registered owners’ has not substantiated in the findings of this inquiry.

“What we have found is clear evidence provided by witnesses, including law enforcement agencies, that most guns used to commit a crime do not originate from licensed firearms owners but are in fact illegally imported.”

Senator McKenzie said the Firearm Safety and Training Council and NSW Police submitted evidence which showed that illegal importation of firearms was a more significant source of illicit firearms than theft, with Victoria Police raising internet facilitated firearm trafficking as an emerging trend.

“Adding more layers of red tape to licensed and responsible firearms owners will not get illicit guns off our streets when the problem is at our borders,” Senator McKenzie said.

“During this inquiry, no case was made for any increased regulation around gun ownership laws; no evidence was shown to us that banning semi-automatic handguns would reduce the number of illegally held firearms in Australia; and no evidence was found that supported stricter storage requirements having any impact on gun-related violence.

“This inquiry was an attempted stitch-up of Australia’s highly regulated, responsible and licensed firearms owners by the Greens – a stitch up that has fallen flat on its face.”
Senator McKenzie acknowledged illicit firearms on Australia’s streets was a concern and said that a continued focus on stamping out illegally imported firearms must be a top priority for Government to reduce the level of gun related violence in the community.

“However our efforts to get illicit firearms off our streets mustn’t come at the expense of licenced and responsible firearms owners, who provide significant social, economic and environmental benefits to our country,” Senator McKenzie said.

“Responsible recreational shooting has produced many Olympic, Commonwealth and World Champions for Australia and hunting is a culturally important activity and legitimate industry that creates jobs and injects billions of dollars into the national economy.

“Equally, farmers use firearms as a ‘tool’ of their trade for the control of pests who wreak havoc on the environment and the humane treatment of stock.” 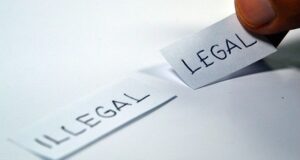