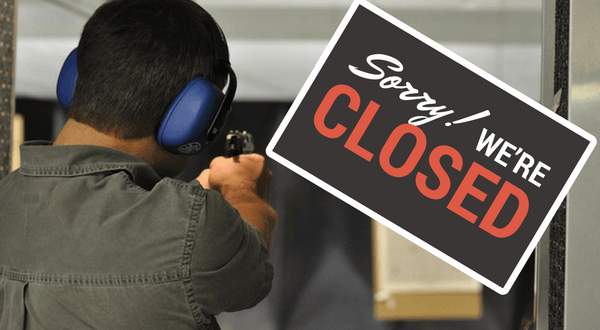 Up to 80 per cent of Queensland’s sporting shooting clubs may be forced to close under the revised 2017 National Firearm Agreement (NFA) which requires people seeking firearm licences to belong to ‘approved clubs’, according to the Shooters Union Australia.

Shooters Union Australia President Graham Park said the NFA, which the Labor Palaszczuk Government had signed up to, deemed ‘approved clubs’ as only those that participated in shooting competitions recognised at the Commonwealth Games, Olympic Games or World Championships.

He said the agreement would rule out the majority of smaller shooting clubs and limit sporting shooters ability to compete, given it planned to ration the amount of ammunition firearm owners could purchase in a given period.

“To attain and renew a firearms licence, people must specify a ‘genuine reason’ such as membership of an ‘approved’ shooting club to qualify, but the NFA changes may mean about 80 per cent of clubs will not fit this description,” Mr Park said.

“This requirement will funnel sporting shooters to a select number of larger clubs, starving the smaller Queensland shooting clubs of vital membership fees that they rely on to survive.”

Mr Park said many prospective licensees would have no choice but to let their membership with smaller local clubs lapse, as they would not be eligible under the NFA changes.

He said sporting shooters could use up to 600 rounds of ammunition in a day training ahead of a pistol range competition, let alone the amount used during a match.

“The NFA’s rationing of ammunition could prevent many sporting shooters from competing given they might use up to 1000 rounds for a clay-target shooting match. The NFA hasn’t specified a limit, but we’re worried it will be too low given they don’t seem to understand the industry.

“Other changes in the NFA including sporting shooters not being able to hold multiple memberships at pistol clubs and the removal of junior licence categories will cripple Australia’s sports shooting businesses and culture at a grassroots level.”

Firearm dealers would also be negatively affected by the NFA’s new requirement to ship commercial firearms and ammunition separately which would incur higher freight costs.

Mackay Shooters Supplies Manager Laura Rabig said their store generally received one joint shipment of firearms and ammunition every two weeks, but under the new requirements they would need to pay for two separate trucks to deliver the same freight at considerable extra cost to the business.

“Many small business owners in regional areas are already struggling to cope with increasing costs to run a business and given we need to meet minimum order quantities to achieve a freight subsidy from our suppliers, this would require us to double our order,” Ms Rabig said.

“Alternately our customers would have to wait an extra two weeks for their orders, which would cost an extra $100 to $400 per pallet for two shipments instead of one. Over the course of year this could add up to thousands of dollars making things even more difficult.”

Mr Park said the NFA revisions and their likely impact on sporting clubs were ironic considering the investment the Queensland Government had made in sporting shooting facilities, including a $16.5 million upgrade to Belmont Shooting Complex, for the upcoming 2018 Commonwealth Games.

“It seems short-sighted to be simultaneously investing in the sector, while also threatening its viability particularly for an industry run by a number of ‘mums and dads’ small business owners,” Mr Park said.

He said the impact on local sporting shooting clubs directly conflicted with the Queensland Government’s desired legacy for the games, which included promoting “memberships of new or existing clubs, groups and associations”.

“The Palaszczuk Government needs to listen to local communities and carefully consider the full impact of the ill-thought out NFA before passing it in Parliament.”

The Shooters Union Australia represents the views and interests of almost 200,000 legitimate firearms users across Queensland, as well as gun owners in other states, by promoting the rights of responsible firearms owners, educating the public about firearms issues and advocating for sensible firearms legislation.

Previous: How effective can a gun amnesty be?
Next: Firearms agreement hits wrong target: shooters