Shooters have Friends in Canberra

Nationals Senator for Victoria, Bridget McKenzie and Liberal-Democrat Senator David Leyonhjelm are the most outspoken Federal politicians standing up for shooters in our Capital, once referred to as 40 square miles surrounded by reality. Senator Mckenzie, a keen shooter, launched ‘Parliamentary Friends of Shooting’ in March in an effort to raise awareness about sporting and recreational shooting among parliamentarians. Guests of honour were Olympic and Commonwealth Games gold medallists Michael Diamond and Laetisha Scanlan.

Following the launch, Senator Mckenzie said many members and Senators had expressed interest in joining.

For more information on Parliamentary Friends of Shooting email her at: Senator.McKenzie@aph.gov.au

Senator David Leyonhjelm is a long time shooter who resigned from the Liberal Party in 1996 in disgust as John Howard’s totalitarian gun laws. Since his election he has taken part in many media interviews, hammering home his strong opposition to the highly ineffective and discriminatory laws.

Senator Leyonhjelm has expressed concern that “some shooters groups have chosen to accept the status quo rather than continue to fight for real reform of the ineffective and destructive firearms laws across the nation”. He encouraged Shooters Union and our members to “keep up the pressure for real reform from your state governments”.

He said “This is something that Shooters Union has been focussed on since inception and needs to keep that focus, rather than trying to ‘go along to get along’ as some groups seem to have done”. https://www.ldp.org.au

Previous: Support your Gun Shops
Next: The Folly of Gun Registration – Part 1 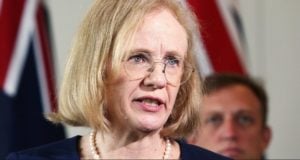 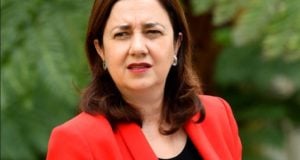 Letter to QLD Premier regarding firearms as an essential business