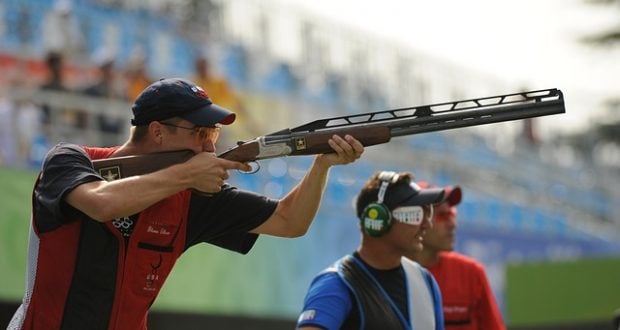 in LATEST UPDATES FROM THE SHOOTERS UNION CAMPAIGNERS, National, News May 14, 2019 0 550 Views

Misleading reports from Gun Control Australia regarding government funding to the shooting sports are proof the fringe organisation has not only lost the plot but actually crossed over into extremist and un-Australian behaviour, according to one of the country’s leading peak shooting bodies.

According to a widely-reported on statement from the uninformed anti-gun organisation Gun Control Australia, Australian governments have provided $77m in grants since 2014 to shooting organisations, notably in Queensland and Victoria.

Shooters Union Australia president Graham Park said most of the money was spent upgrading the Belmont Shooting Complex in Brisbane for last year’s Commonwealth Games and it was disgusting for anyone to suggest there was something wrong with that.

“Insinuating there’s something sinister about upgrading sporting facilities to hold international- level events like the Commonwealth Games which put us in the global spotlight is not only deluded but un-Australian,” Mr Park said. “The reality is that without the upgrade to the Belmont Shooting Complex, the Commonwealth Games might not have been held in Queensland – or even in Australia.

“Imagine hating something so irrationally you don’t want any of the more than one million law- abiding Australians involved in that pursuit to succeed on the world stage?”

Mr Park said $77m over five years across all of Australia was about $15.4m annually and was pocket change compared to the vast amount of money made available to other sports in Australia.

“I don’t hear anyone complaining about our athletes, cyclists, swimmers or tennis players getting government funding for their facilities – and nor should they; all athletes and sports clubs, regardless of code, have a right to apply for grants and funding.”

Mr Park said for many smaller shooting clubs, especially in rural areas, government grants were the only way to upgrade their facilities.

“Even something as straightforward as replenishing or making new target mounds still requires getting earthmoving equipment out to the range, and refurbishing ageing clubhouses or firing range bays isn’t free either,” he said.

“Most of these clubs are run or managed by volunteers. They don’t have thousands of dollars lying about to spend on infrastructure.”

Mr Park accused Gun Control Australia of not only having an undignified sook, but undermining community safety and inclusion in the process.

“This is really about Sam Lee and whoever else fits into the figurative minibus that is Gun Control Australia complaining people they don’t like are getting some of the legitimate grant money which exists to support sports and recreation – including the shooting sports – in Australia.

Shooters Union Australia is a leading peak body representing the more than one million lawful firearms users in Australia.

2019-05-14
sandra
Previous: Ammo safety just as important as guns
Next: Is your vote funding Anti-Gunners?