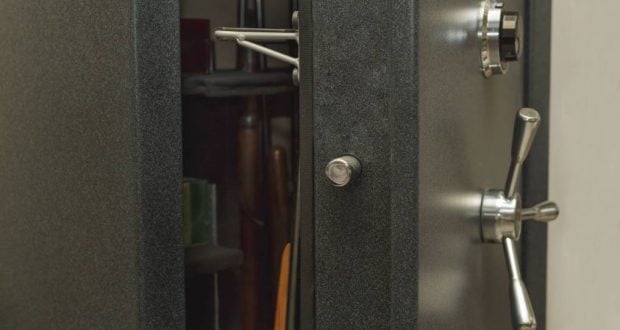 in LATEST UPDATES FROM THE SHOOTERS UNION CAMPAIGNERS, National, News May 6, 2019 0 418 Views

Law-abiding shooters all know the importance of securely storing firearms to prevent unauthorised people getting access to them.

It is not legal to leave a shotgun lying around a shed unattended, or leave a rifle leaning against the porch back home while you have a cuppa at the neighbours – but do you give the same thought to how to store your ammunition?

NSW has specific laws and regulations covering ammunition storage and not following them could have drastic consequences, including criminal charges.

Under NSW law, ammunition must be stored in a locked container, separate from firearms. This can be a separate locked compartment or container in a gun safe, or a separate container entirely.

The state Police Commissioner has also declared the container must be sturdy and ‘not easily penetrated’ – such as a cash box or purpose-designed ammunition box – and have either an internal key, combination or pin operated lock, or be locked with a padlock.

NSW police further advise the key to the ammunition container cannot be kept with, or in the immediate vicinity of, firearms storage – so it can’t be locked in your gunsafe.

“Ammunition needs to be treated with care and absolutely shouldn’t be accessible to anyone without the appropriate licences,” he said.

“It might be convenient to leave a box of shotgun shells on top of the fridge, but it’s not legal, so don’t do it.

“Most gun safes have a separate ammunition storage compartment in them, and there’s plenty of affordable ammunition boxes and cash boxes available at gun stores or hardware stores.”

Mr Park said reloading components such as propellant and primers also needed to be stored securely and safely.

“As well as making sure unlicensed people can’t get at it, it’s important to make sure your propellant is stored away from heat sources or flames, for obvious reasons,” he said.

Ultimately, Mr Park said being responsible with ammunition was quite easy and straightforward.

“Treat your ammo the same as your guns – keep it locked up and away from people who shouldn’t have it,” he said.

2019-05-06
sandra
Previous: Your Vote Matters. Use it Wisely
Next: Shooters Say funding complaints are off-target and un-Australian