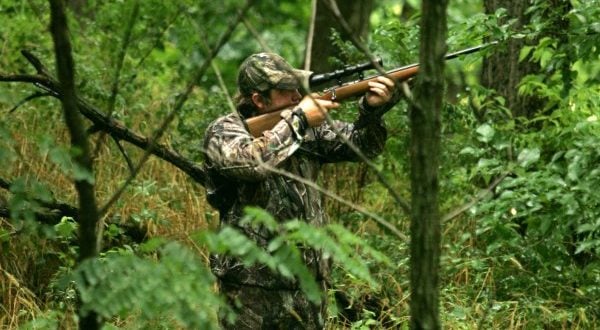 ANYONE who has spent any time outside the city knows feral animals are a huge problem in Queensland.

Rabbits, hares, foxes, wild dogs, kangaroos, deer and feral pigs – they are all at plague proportions and a constant threat to our farmer’s livelihoods, eating feed needed by cows, nibbling away on vegetables meant for your dinner table, digging up fences and generally causing havoc.

Queensland environmental scientist Daniel Boniface is hoping to change that via a petition on the state government website calling for a three year trial of hunting in Queensland’s state forests.

The petition only applies to state forests – there is no call to open national parks for hunting – and its purpose is to establish a three year trial to prove viability and gain data to enable a properly informed discussion about implementing the scheme permanently.

Unlike New South Wales and Victoria, which have successful state forest hunting schemes in place, Queensland currently refuses to allow this and is subsequently missing out on literally millions of dollars in potential economic benefits – not just from hunting licence fees, but from
the flow-on effects to rural communities from tourism, accommodation, fuel sales, food purchases and the like.

The Economic Impact of Recreational Hunting in New South Wales report commissioned by the NSW Department of Primary Industries in 2017 stated that hunting in the state’s forests had generated $119 million in gross revenue for the 2016-17 financial year.

A 2014 report from Victoria – Estimating the economic impact of hunting in Victoria in 2013 – stated the activity was worth an estimated $439 million to the state.

Shooters Union wholeheartedly supports this petition and we urge our members, supporters and friends to sign it if they have not already done so – the benefits of the proposal are countless and would make a huge difference to shooters, landowners and nature-lovers across the state.
There are an estimated 200,000 licensed shooters in Queensland, a huge number of whom would dearly love the opportunity to keep these pests under control – except they’re not allowed into the state forests where these animals breed.

Landowners across Queensland have been telling us this is a huge problem – even if they shoot the pests on their land, they are still breeding in state forests where hunters cannot reach them due to the existing laws.

City-based shooters are crying out for somewhere to hunt and not everyone has the luxury of owning a suitable property or having a friend or family member with access to one.

In addition to helping keep feral pests under control and give our struggling farmers and rural communities a much needed hand, it will allow an entire generation of shooters to experience and enjoy hunting in Queensland’s great outdoors. Better access to hunting areas means more licensed shooters which means a stronger voice when we speak in support of our sport – the benefits are countless and the downsides are non-existent.

Support your sport and protect our natural environment – sign the petition and support hunting in Queensland’s state forests!