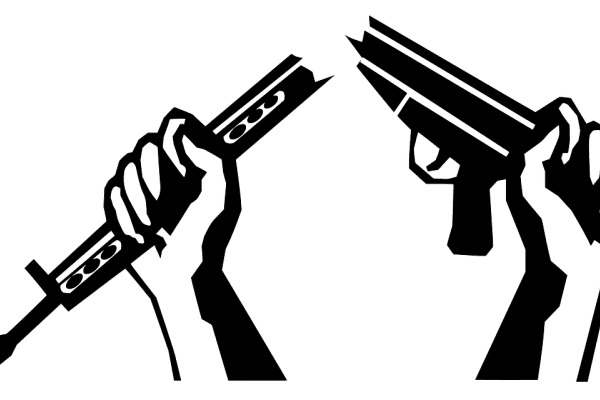 You and fellow gun owners are facing further grief from the gun police and it is up to all shooters to prevent unwarranted tightening of laws affecting our sport by stopping the 2017 National Firearms Agreement (NFA) being passed into law.

Two and a half years of consultation thrown out the window. The architects of this ‘agreement’ concealed their planning by claiming release of information was against the public interest. Well, we one million licenced gun owners are very much part of the public and we are very, very interested, as well as being insulted by again being used as a punching bag by police, politicians and their bureaucrats.

The NFA is all about regulating us, the already regulated. The agreement completely missed the opportunity to regulate the unregulated, the criminals and criminal use of firearms. After two and a half years and countless man hours, is this the best they can do? A gun thief gets no more punishment for stealing a firearm than for stealing a TV set and yet if you, as a licenced shooter, have a gun stolen you can lose your licence and your guns if the police consider the stolen guns were incorrectly stored.

The 2017 National Firearms Agreement (NFA), if fully-implemented, could outlaw many long arms by reclassification. The banning of the Adler is a sinister over-reaching by politicians, their bureaucrats and the police. Why? There is not a scrap of evidence that it is any more dangerous than similar shotguns which have been legal for years. What suddenly changed?

You will have your guns taken and lose your licence if you fail to notify the police of a change of address. Why? Clauses like this have been inserted in the agreement for police convenience and have nothing to do with gun safety or public safety.

There will be no more minors’ licences. Why? No reason given; No negative evidence against our young shooters being trained to be safe and champion shooters.

Primary producers will be unable to have a pistol to protect themselves from wild dogs and pigs and for euthanising distressed animals. Why? They’ve been using them effectively for years.

No category C or D for professional shooters. Why? They’ve been able to have them for years.

Clubs will now have to provide details to the police right down to the firearms you own. Why? This was a police function, the clubs are already smothered by paper work.

The recommendations from the Lindt café review, including the simplification of gun laws have been ignored. Why? The new NFA complicates them further.

So you can understand why, when we first saw the new NFA at the end of February, Shooters Union of Qld went into overdrive and carried out an in-depth analysis of what the NFA means for our members if passed into law. We sent our report to other pro-firearm groups and it quickly found its way to Canberra.

Just as quickly, National’s Senator Bridget McKenzie called SUQ and two other firearm groups (SIFA and Shooting Australia) to the Capital for a meeting in parliament house with the overseer of the NFA, Minister for Justice, Michael Keenan.

We were not surprised to see several support staff accompanying Minister Keenan when he entered the room, nor we were surprised to hear him tell us that the NFA was a negotiated agreement between the states and that he didn’t really have much to do with it.  He also told us that he “was on our side” in what was at times a hostile environment.  When asked why things he had agreed to were not in the NFA (eg the preamble), we were told that the states would not agree (meaning “not my fault”.)

The 2017 NFA, according to the Minister, was the 1996 NFA plus the Handgun Agreement plus the recategorisation of lever action shotguns – that’s all!  We don’t read it that way at all.

The group gave several examples of changes and further restrictions in the 2017 NFA and also what some of the provisions mean.  For example, if the NFA is made law and legislation changed to accommodate all of the provisions, only those events that were included in the Olympic Games, Commonwealth Games or World Championships would qualify a club as “approved” and only members of approved clubs are recognised.

If this document is adopted as law and policed to the extreme then a large percentage of shooters and clubs would no longer qualify for a licence or a firearm.  (Shooters Union is approved in Queensland for a World Championship event and is affiliated with the National Rifle Association of America so we believe SUQ members would not be affected.)

When it was pointed out to the Minister Keenan that state legislation would need major changes, he advised us that the NFA was an agreement and that only state-based legislation would give it effect.  He was unable to provide an assurance that states would not enact all of the provisions, indicating again, wrongly, that the only change was the recategorisation of lever action shotguns and banning primary producers from using handguns.

The Minister says that the NFA is not binding on states, which flies in the face of the Queensland Weapons Licencing Branch often quoted reason for not supporting common-sense changes to legislation as being “not in line with the National Firearms Agreement”.

In fact, during a recent case in QCAT, the police solicitor continually attempted to table the new NFA document as evidence and legally binding, even though it hasn’t yet been legislated in Queensland and, with your help, we hope it never will.

Shooters Union is taking our concerns about the 2017 NFA and its very restrictive clauses to both the State Government and the State Opposition.  We’ll need your help to make sure that this document is not made into law in Queensland.  Make an appointment to see your local MP, both state and federal, to voice your concerns.

At the very least, send them an email and/or a letter to protest. Your Shooters Union makes this easy for you. Just go to the Shooters Union website (https://websiteunderconstruction.com.au/shootersunion/) and follow the prompts in the “contact your local politician” facility. The website also carries a much more detailed explanation of the nasties in the NFA, some of which may concern you more than the few we have dealt with in this newsletter.

We must make this a political issue and, using submissions and face to face approaches from you and our thousands of other members, we must impress on our politicians that the new NFA is out of date, takes no account of agreements reached since 1996, is unworkable, highly discriminatory, impractical, non-evidence based and is just another unwarranted attack on law abiding citizens by the police, the government and its bureaucrats.

It will be no use complaining after the NFA is made law.  ACT NOW!