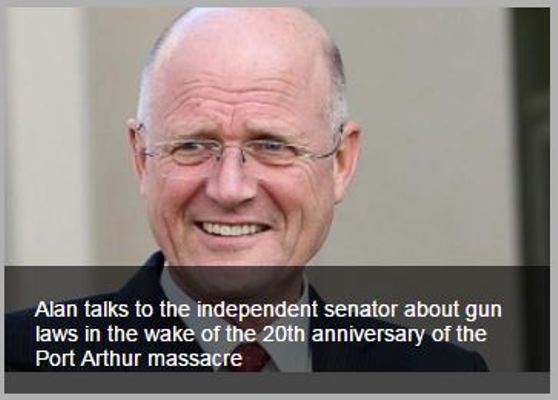 Finally some common sense is being talked on one of the most popular radio programs in Australia. Listen to this 9 minute interview on Radio 2GB with NSW Federal Senator David Leyonhjelm about our gun laws, and why they are not as effective as claimed.
David is the strongest, most rational voice that firearm owners have ever had in the Federal Senate, in fact take a listen to this interview and seriously look at (if you live in NSW) voting for LDP senator Leyonhjelm in the upcoming federal election. This is a guy who richly deserves any and all support all gun owners can give him.
Take a listen and decide for yourself, so refreshing to hear some reality after the delusions and distortions of most of the mainstream media. Thank you Alan Jones for this interview.
Link to interview:
https://www.2gb.com/audioplayer/172961