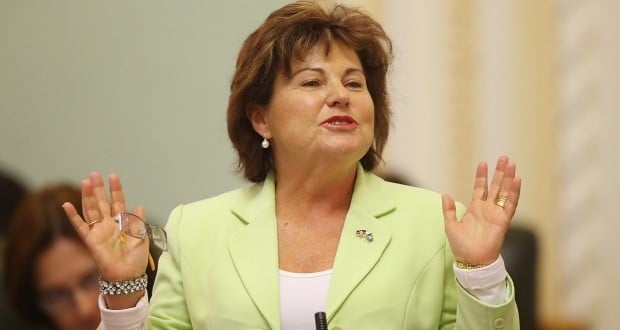 After months of unanswered letters etc from the QLD firearms community, QLD Police Minister Jo-Ann Miller met today with Robbie Katter MP (KAP Member for Mt Isa) and Shane Knuth MP (KAP Member for Dalrymple), who were kind enough to invite representatives from the firearms community along to that meeting. I especially acknowledge Mr Katter for the work he put into arranging the meeting.

As some of you may be aware, since Labor came to power, the Ministerial Firearms Advisory Panel has not met or received any advice (until recently) about how the new Minister wanted to engage.

As you also know, the National Firearms Agreement is being reviewed, and Minister Miller will on November 5 be meeting other Police Ministers to decide on which recommendations to agree to.

However, despite the fact that Minister Miller will be making sweeping decisions that will affect lawful firearms owners, she has not made a single effort to engage with those people to find out what the implications of those secretive bureaucratic proposals will be. She has even gone out into the media and said via a statement from her office that she sees no reason to reconvene the Panel, because the NFA review is almost over, anyway.

Not a good look.

However, today gave us an opportunity to hear from her, and to see if perhaps she’d just been misrepresented. It can happen, and it’s only fair to give people the benefit of the doubt.

I have never, in all the years I have been working with different state, territory, and federal Ministers, been so appalled. In my honest opinion, Minister Miller comes across as the most hostile and openly biased Minister I have ever met.

I found her to be defensive, condescending, and someone who refused to give a straight answer to even the most simple questions. She repeatedly had to take instruction from Queensland Police Service (their presence was a complete surprise to us, however the Minister also stated that she thinks the advice QPS give her fully incorporates the views of firearms owners), and hid behind weasel words, evasion, and aggression.

The only straight answer she gave was when, in response to a question about why she did not wish to reconvene an advisory panel, she said – AND I QUOTE – “I’m not doing that, because that was an LNP idea”.

So. There you have it. She is going to go and make decisions about your future, without talking to the firearms community, because undertaking proper and open consultation with us through a formal mechanism wasn’t her idea.

She also said that she cannot commit to consulting with us before signing up to anything, because she “has not yet seen the proposals being put forward”. We pointed out that she does not need to have seen the proposals to be able to agree to talk them over with us…and her response was that they might be about terrorism, which is confidential (we pointed out that the recommendations from the Martin Place review concerning legal firearms ownership were about simplifying the system, but she rejected that as a valid consideration).

We highlighted that talking to us may not have any bearing on her final decision (she is the Minister and the decisions are ultimately hers), but is an important part of her decision making process. She reverted back to her script that she can’t make any commitment to talk to us, because she hasn’t yet seen anything.

She then went on to say that she would be the one to decide on what items she ‘might’ seek our views on – we questioned how she could make a decision about what would affect us, when she had not had any prior engagement with us to understand what those key issues are an identify them. She became very antagonistic and the meeting ended shortly after.

Never, ever have I met a Minister who was so totally unwilling to consult with people who will be affected by decisions she makes, or who so blatantly rejects the concept that receiving advice from sources other than her own department might in fact assist her to make more fully informed decisions.

QLDers, we’re in for a ride.

If you want to make your voice heard on the issue of  firearm reforms, consultative government and the legal rights of law abiding firearm owners, please click here to use our Letters to Politicians system to send your grievance to your local member.

Previous: SMH: Teddy bear hides firearms and ammunition
Next: Are your guns at risk of being reclassified?