Home - LATEST UPDATES FROM THE SHOOTERS UNION CAMPAIGNERS - Are your guns at risk of being reclassified? 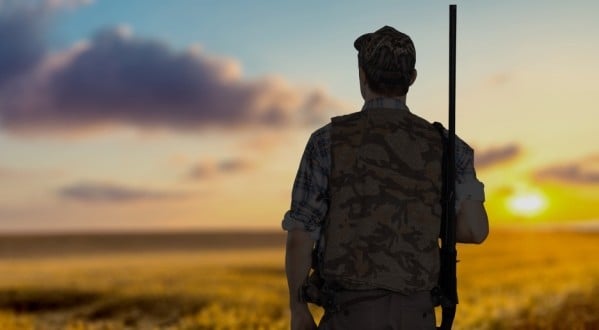 Are your guns at risk of being reclassified?

We have just been advised that Federal Justice Minister, Michael Keenan, has advised the National Firearms Weapons and Policy Working Group (NFWPWG) to recommend to state and territory Police Ministers that all lever action shotguns with a magazine capacity greater than 5 rounds, be re-classified to Cat D.

There has been much talk about the Adler shotgun being “new technology” and as such very dangerous, requiring a classification which severely restricts its availability to Australian licenced shooters, be they sporting or occupational. Of course, nothing could be further from the truth. Have a look at this video to see exactly how “new” lever action technology is: https://www.youtube.com/watch?v=0VfiqJWqF6M

There will be NO COMPENSATION paid to individuals who already lawfully own lever action shotguns with magazine capacities of greater than 5 rounds if the re-classification goes ahead.

You can go here  to see a statement released by Nioa on behalf of licenced firearms dealers.

Whilst it would be fair to say that there will be relatively few licenced shooters in Australia who will be affected by this change to shotguns only, the significant danger in this move is that this process of re-classification, now that it has been done once, will become the model process for re-classifying more firearms in the future, again with no compensation.

This is clearly the thin end of the wedge!

There have already been reports circulating of consideration to restricting all magazines, pistol or rifle, to a maximum of 5 rounds, and also consideration of re-classifying all pump action firearms, for example the very popular Remington 7600 and 7615, to Cat D as well.

If this happens, these firearms will become illegal to possess under a shooter’s existing Cat B licence, and will either be seized by Police, or be forcibly surrendered to a licenced dealer, with no compensation. However they will be next to worthless in the marketplace because there will be an instant flood of these firearms onto the second hand market, with no-one able to obtain a Cat D licence to buy them.

So what can we do?

Queensland does not have to automatically accept the NFWPWG’s recommendation. So we must all write to our local state member of parliament, and voice our opposition to any such re-classifications. But we have to act fast. The state and territory Police Ministers are meeting on 5th November to consider the NFWPWG’s recommendations – that’s just thirteen days away so we have 13 days to get to our state Members of Parliament in sufficient numbers to convince them that accepting these recommendations will be politically very painful at the ballot box for them.

So write to your local member of Queensland parliament, and copy the Premier thepremier@premiers.qld.gov.a for good measure.

And remember, stick to the facts, and keep it polite!

Previous: An open letter to the legal firearm owners of Queensland
Next: Reclassification of your Guns is Looming!