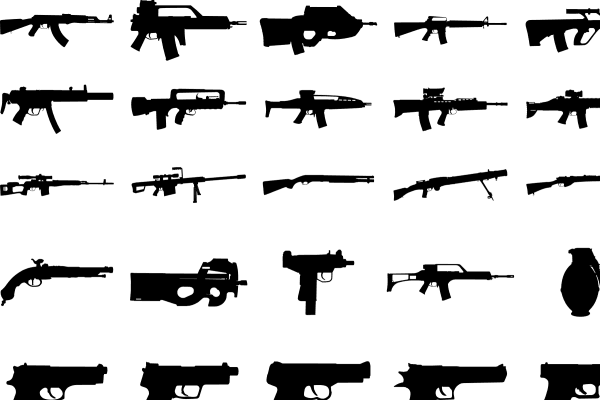 A recent response from the Attorney General’s department, in response to a letter sent to Justice Minister Keenan about the NFA review and the outcomes of the Martin Place Siege inquiry by a Shooters Union member, has shed light on some very interesting facts about the ongoing fight against illegal firearms in Australia.

You can read the full letter from Justice Minister Keenan here.

The letter assures the recipient that the Siege inquiry and the NFA review are not about “ … targeting law abiding firearm owners, but rather focuses on simplifying the Agreement and ensuring that it remains current today.”

It goes on the cover the ongoing ban on the importation of lever action shotguns of more than five rounds capacity, and points to “ … consultation with the firearms community (industry and recreational groups), community safety organisations and individuals to produce sensible, practical changes where required.”

But then it gets interesting. The letter goes on to outline the amount of money spent in various initiatives to detect and seize illegal firearms. The letter states:

Details of seizures as a result of improved border controls and the forensics lab upgrade were not provided, but if we consider just the results of the National Anti-Gang Squad, it has cost $130,000 per illegal gun seized.

Shooters Union fully supports the efforts of law enforcement agencies to track down illegal guns and to prosecute those who criminally misuse firearms – those people are a blight on every law abiding firearm owner in the country. However, we do question how effectively a huge amount of taxpayer funds are being spent, if it costs $130k to find and seize each illegal firearm.

Recently Professor of Law at University of Queensland Ross Grantham was quoted in an article https://www.brisbanetimes.com.au/queensland/number-of-registered-guns-not-the-problem-its-the-guns-we-dont-know-about-20160706-gq035v.html stating that it’s the guns we don’t know about which are the problem, not legally held registered firearms possessed for lawful purposes

In the article, Professor Grantham states:

“There are a lot of guns in the wrong hands but there are also a lot of unregistered firearms out there in backyards and cupboards that nobody knows about.”

Shooters Union questions whether a more cost effective approach to illegal and unregistered guns might be to take legislative steps to significantly reduce the number of firearms in the so-called “grey market” – firearms which were never handed in or registered after the introduction of the NFA in 1996.

A first positive step would be to do away with the existing long arms registries for Cat AB firearms, in the same manner as Canada has recently done, after their experience showed it was a complete and utter waste of money. Most licensed firearms owners have a Cat AB licence already, so possession of previously unregistered AB firearms would not be an issue. The millions of dollars saved from over-policing the already most law abiding members of our community could then be redirected to mental health, hospitals, or even further crime prevention initiatives to make our communities safer and more equitable

The next step would involve making sensible reasoned changes to the legislation and regulations affecting who can possess what sort of firearm for what lawful purpose, and then permitting these other categories of firearms to be registered to licensed persons with appropriate licence endorsements for the newly legislated lawful purposes

Such actions would significantly reduce the number of currently unregistered or “unknown” guns in the community, which would result in:

So if, as the Attorney General’s Department letter to our member states, the aim of the Martin Place siege inquiry and the current NFA review are to “ … simplify the (NFA) Agreement … “ then surely simplifying the law enforcement requirements of the Agreement should also be a major part of that aim

Perhaps the Attorney General’s Department would do well to consider Shooters Union’s suggestions.