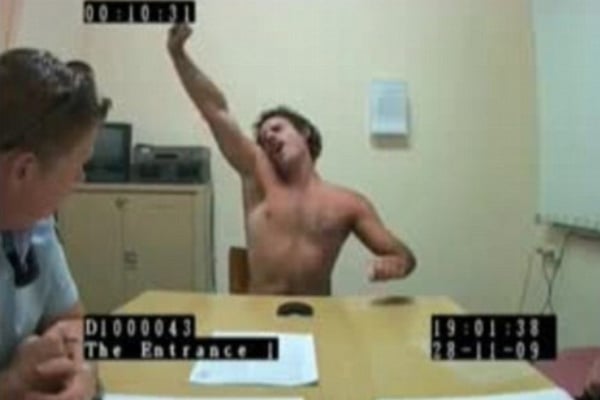 I spend a lot of time explaining to people why they should not make a statement to the Police.

My advice is, that unless, like Sharon Stone’s character in the movie ‘Basic Instinct’, you have a degree in Psychology, and usually hidden charms that you can use to throw the interviewers off, I wouldn’t, and even then, for reasons other than modesty, I suggest you think twice…

If the Police want to talk to you about a criminal law matter, stick to giving them the civilian version of the military ‘name rank and serial number’ routine- give them your name, address and date of birth and advise them that you wish to speak to your lawyer, and have your lawyer on speed dial.

Tell them that you are happy to co-operate, but through your lawyer.

They may say, ‘oh that means your guilty’. It means no such thing at all, all it means is you are exercising a basic fundamental right to silence that Police Officer’s who are accused of offences choose to utilise.

Most people I represent, are good honest, basically law-abiding people who have done something stupid and made a mistake.  Do not compound your stupidity by making a further mistake by giving a statement.

Now you may think, ‘I am innocent’ what can possibly be wrong with making a statement? My answer to that is, are you sure? Remember, not all offences require a guilty mind, and of what are you not guilty- think back, has there never been an occasion where you have broken the law?  Even inadvertently?

I recently dealt with a matter where a dealer was accused of having several air rifles missing and Police wanted to interview him over these.  On instructions, he declined an interview, and it quickly became apparent that Police had three other firearms that they wanted to discuss.

My approach is going to be difficult for you, most of us are nice people and like to be thought of as such, and we like to co-operate with authorities, and often do so to our peril. This is particularly hard since Police start behaving nicely, and seek to develop rapport with us.

You need to remember, we have an adversarial legal model in Australia, where Police are an integral part of the prosecution process. This means they are batting for the other side.

Police are not so much into determining guilt and innocence as ‘looking for a result’. Sadly, our Court reports are full of situations where Police and Prosecutors have concealed evidence that would have prevented a conviction because it did not suit their ‘theory of the case’ and desire for a ‘result’.

So, SHUT UP and LAWYER UP, resist the temptation to dig a deeper hole for yourself.

The modern Police interview system is used by almost every Police Force in the free world, and was, I assume, at some stage devised by a psychologist.  It works well at the task of generating results because It is stacked against you. It plays upon your desire to comply, and if that does not work, upon fear. Hence the name ’Good Cop, Bad Cop’.

To get you to make a statement they may even offer you an inducement- such as the one a client told me this morning; ‘if I make a statement Police say they we will only charge me with one offence’– (this is not allowed under the rules, and it is a promise that they cannot keep) but what is an unrecorded ‘inducement’, between friends?

Police may originally start with saying ‘we just want to get you to make a statement and clear a few things up’ the problem is they have two processes, one involves ‘statements’ and the other involves ’interrogation’ and they overlap.  One can wind up giving a statement to Police quite innocently, and upon a suspicion of law breaking find oneself in a full-blown interrogation all in the one, tedious session.

Consider the following, you are first placed into a stark room, left to ‘stew’ for a while, a copper may come in, appear friendly and offer you some refreshment.  The Police will at this stage ask open ended questions and seek to develop rapport.  Once you have dug yourself into a hole, the offer to get matters off your chest with a statement will be offered. After all, it will make you feel better, won’t it?

If that does not work things get nasty, and you get to meet the ‘bad cop’ side of the routine.

When I first entered practice, Police used to occasionally judiciously apply the Sydney Yellow Pages phone book to the side of an un-cooperative person’s head with force, to soften people up, and if that did not work, they would ‘verbal’ the individual with an unsigned confession.

These days, while verballing is creeping back in, their interviewing methods have become quite clever and sophisticated, and can often get a person confessing to something they did not do.

I have seen records of interview and tapes on many occasions of people who are guilty and innocent and there is often little difference.

You have been warned.

Simon Munslow is a lawyer who has a lifelong interest in shooting, having acquired his first firearm at the age of nine, and has had an active interest in firearms law since writing a thesis on the topic over thirty years ago at University. Simon Munslow practices extensively in Firearms Law matters throughout Australia. He is a regular contributor to the Australian Sporting Shooter magazine’s website on Firearms law matters, has published articles on firearms reviews and firearms law, and occasionally is asked to comment in the broader media on firearms matters. This article is written for general information only and does not constitute advice.  He can assist you with: Criminal law & Administrative law and in particular that related to Firearms • All firearms, weapons and game charges • Avoiding & setting aside Apprehended Violence Orders • Possession of unregistered firearms • Unsafe transportation & storage matters • Applications for prohibited weapons • License Appeals • Freedom of Information / Government Public Access matters • Importation & Customs problems • Advices & opinions related to Firearms law matters[/box]