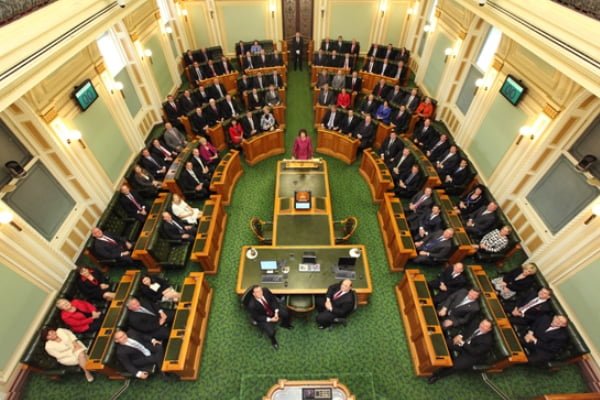 3 min read
FacebookTwitter
[box type=”info” ]The following information is a transcript from the Queensland Parliament Hansard (record of proceedings) from the 28th of August 2018, between Police Minister Ryan and Mr Christopher Whiting, Member for Bancroft (ALP) .[/box]

Mr WHITING: My question is to the Minister for Police and Minister for Corrective Services. Will the minister please inform the House of the action being taken to target illegal
firearms and keep Queenslanders safe?

Mr RYAN: I am very pleased to inform the House that just a few days ago police raided 10 properties on the Darling Downs with the purpose of targeting the trafficking of stolen firearms and drugs. As a result of those efforts eight people were arrested on multiple offences. One of the alleged offenders was intercepted in his vehicle, where police found two loaded handguns, the drug ice and a large amount of cash. I want to take this opportunity to acknowledge the hard work of our police service and their actions in bringing down this network and keeping our community safe.

When it comes to our government’s resolve in relation to strong regulations for firearms here in Queensland, we have made the very strong commitment that we will never, ever weaken our gun laws. We will never water down our gun laws in Queensland. Since the historic agreement after the Port Arthur massacre there have been no fatal mass shootings in Australia. We owe it to all Queenslanders and the rest of the nation to keep that way. We always have doubts about the LNP’s position on firearm regulation in Queensland. We always have to question where they stand
on weapons.

I have come across minutes from the federal government’s firearms reference industry group in which the former federal minister for justice, Minister Keenan—who is a strong supporter of Peter Dutton, I might add—said, according to the minutes—

“The government (that is the federal government) is keen to simplify the regulations and the bureaucracy to lessen the red tape for firearms users. What is that code for? That is code for watering down gun laws. Why is that familiar? It is a similar tone to what we heard from those opposite prior to the last election. They went to the election with the proposal to water down handgun laws here in Queensland. The member for Everton is on the public record as saying that, as police minister, he would interfere in the decision-making processes of the Weapons Licensing Branch.