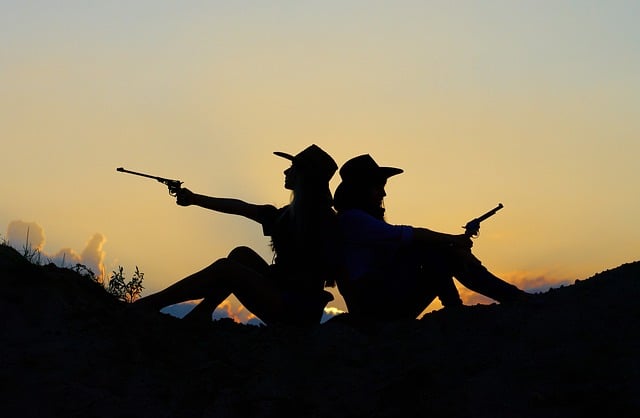 Recently we sent out a newsletter asking “where are our women shooters”. We have spent some time questioning ladies we know who love shooting and their answers follow a pattern which is perfectly summarised in the following email from Sally Jones.

Do your club’s standing orders include a caution on unacceptable language and behaviour? Perhaps it’s about time some clubs had a good hard look at themselves. The demeanour of some clubs even puts off some blokes and can be the deciding factor on which club men, as well as women, join.

Do your range officers shout and yell unnecessarily, are your range briefings calm and instructive, or a raving rant. Range officers are there to help shooters, they are not organising a firing squad. We all need to have a good look at ourselves and ensure our clubs are welcoming, inclusive and encouraging. It will pay off. After all, women are half of the population.

In reference to your recent email article “Where Are Our Women Shooters??” I would like to offer the following response…..

I am the holder of Firearms Licences in Categories A, B, C & H and the immediate past Shoot Captain and Vice Shoot Captain of Sporting Clays and Metallic Silhouette 100m (Pistol) events, respectively.  In addition I am a volunteer firearms instructor for Cadets (including many female Cadets), am actively involved in the promotion of the shooting sports and am a Life Member of the NRA.  I believe that I am well qualified to offer the observations/comments below:-

The issues facing women shooters today remind me very much of similar issues facing women gym-goers and potential gym-goers in the late 1980’s.  Many women then were reluctant to work out in gyms because they were “blokesy”, sweaty, smelly places filled with crude macho-type males who spent far too much time “perving” at any females plucky enough to enter their domain.  These gyms offered little in the way of facilities for female customers.  Then along came Fernwood Gyms for women only!

The parallels between the Australian gym scene in the 1980’s and the typical shooting ranges of the present day are staggering! Time and again I have had fellow female shooters remark to me things like….

Now I don’t for one moment suggest that we should have female-only ranges or even female-only shoots, I don’t actually believe in that kind of “discrimination”.  BUT, we the shooting fraternity in Australia (especially the shooting ranges) definitely need to up our act and provide female (and children) friendly environments where women, girls and young people can enjoy the fantastic sport of recreational shooting.

Australia’s shooting scene is long overdue for its Fernwood moment!

Sally also sent an electronic copy of an NRA article titled Girls and Guns. We will give you the gist in another newsletter.