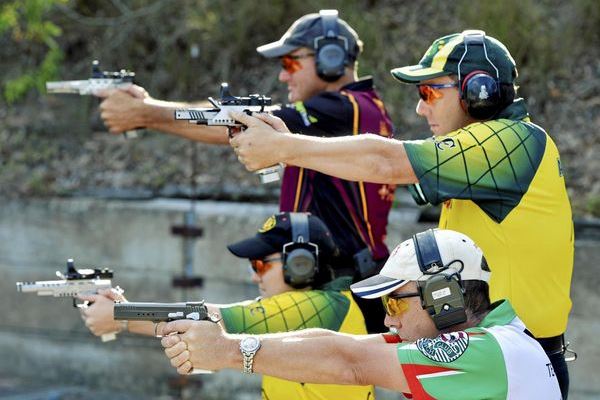 THE competitive future of an internationally successful Ipswich club is in limbo under the revised 2017 National Firearm Agreement (NFA).

That is the view of Ipswich Pistol Club committee member and licence firearm instructor Scott Geelan, who is keen to receive further clarification on how the agreement will affect shooting clubs.

“There are so many grey areas,” Geelan said.

“There are dozens of issues where regulation of licenced law-abiding users of firearms have been dramatically tightened up.”

Shooters Union Australia president Graham Park has said up to 80 per cent of sporting shooting clubs may be forced to close under the revised policy.

Under the agreement the Queensland Palaszczuk Government has signed up to, Park said “approved clubs” were only those that participated in shooting competitions recognised by the Commonwealth Games, Olympic Games or world championships federations.

Ipswich Pistol Club members regularly compete in events sanctioned by the International Practical Shooting Confederation (IPSC), which is not aligned to  those organisations.

“We are unsure at this stage as to whether or not IPSC is going to be included in one of those international matches,” Geelan said.

Geelan said that was the major issue that needed to be clarified from a competition perspective.

“For sporting purposes, the new NFA 2017 dramatically reduces the number of approved events that can be used for a lawful reason,” he said.

“There’s an awful lot of matches that clubs shoot that don’t meet that criteria.

“For a lot of the smaller clubs, it’s quite possible they could find themselves without a business.”

Geelan is concerned the full impact of the new agreement between all the states and territories may not be known in Queensland until after the next state election.

He said the Palaszczuk Government was hoping to have a majority on the floor of Parliament to implement major changes.

“Our sad experience with regulation like this is that invariably it’s going to be bad, not good,” he said.

The Ipswich club includes current world champion Karla Blowers, who is preparing to defend her title in France later this year.

“The popularity of the sport is growing dramatically,” Geelan said, keen to see that continue.