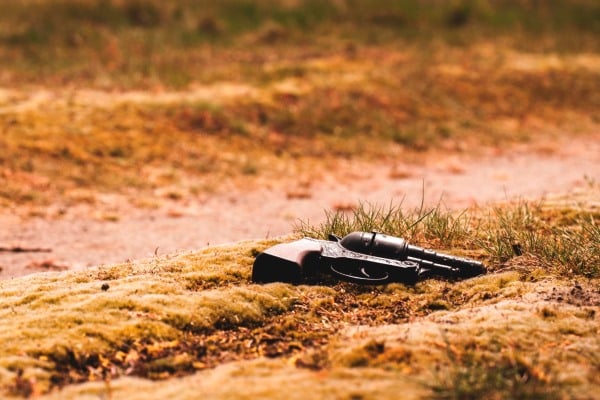 Number of registered guns not the issue, it’s the guns we don’t know about

Professor Ross Grantham from UQ law school, who is a registered gun owner himself, said the number of registered weapons was not surprising.

“If you think of golfers for example,” he said.

“When they go out on the course they will take however many clubs in a bag they need to perform different things.

“It’s not unreasonable to think that a person might have four per licence.”

Outside sporting shooters, there are also people who keep weapons for other reasons.

“There’s a lot of heirloom firearms out there, and people tend not to sell firearms,” he said.

“Selling them isn’t entirely straightforward because of the way the deals have to be brokered through police.”

Professor Grantham said firearm licence holders have to be among the most law-abiding citizens in the country, so concerns held about the number of weapons held by registered licence holders were unfounded.

“A licensed firearm owner is one of the safest people in the community,” he said.

“They are subject to rigorous background checks and any infringement can result in their license being revoked.

“A couple of high-range speeding offences or a drink-driving offence and their license will be gone.”

And despite having some of the strictest gun laws in the world, it remains a mystery exactly how many unlicensed firearms are in the community.

“So much of the regulatory impost is on this very safe group (of licensed owners),” Professor Grantham said.

“But there’s so many in the criminal world that nobody knows anything about.

“Police don’t know how many (guns) there are or who has them or how they are getting into the country.”

Even the buy back in 1996 failed to ensure the country was clear of unlicensed weapons.

“There are rumours that circulate that after the 1996 buy back only a fraction of the guns out there were ever identified,” Professor Grantham said.

“There are a lot of guns in the wrong hands but there are also a lot of unregistered firearms out there in backyards and cupboards that nobody knows about.”

Of the 184,000 licencees in Queensland police only found 143 of them to be non-compliant with the requirements to hold a licence in the 2014/15 financial year.

Just 22 charges were laid in the same period.