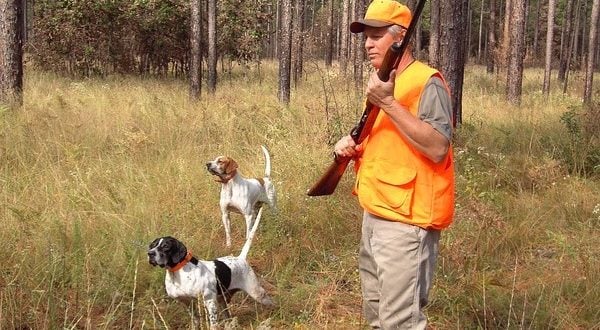 AS Queensland’s pre-eminent shooting representative body, Shooters Union is throwing its complete support behind the current petition to trial conservation hunting in state forests. Click here to sign the petition’

We know there is still some uncertainty around why people, especially those who don’t hunt, should support and sign the petition, so we have taken a moment to clarify a few matters around this extremely important proposal, which has wide-ranging benefits not only for shooters but for
all of Queensland.

WON’T THIS PROPOSAL MEAN RANDOM PEOPLE WANDERING AROUND FORESTS WITH A GUN?

State forest hunters will still require a gun licence – a vigorous process administered by the Queensland Police Service involving background checks and criminal history checks – and it is envisioned they will also need to be a member of an accredited shooting organisation such as Shooters Union, the SSAA or the Australian Deer Association.

The NSW “R-licence” system requires hunters to undertake a theory course on ethical hunting and relevant laws, and it is envisioned the Queensland proposal would have similar requirements.

I DON’T WANT PEOPLE SHOOTING GUNS IN OUR NATIONAL PARKS!

They won’t be. The petition is purely about state forests in Queensland – there is no call to open national parks in the state up for hunting; they will remain exactly as they are now.

The petition is purely about opening state forests for hunting by properly licensed and accredited people. It will NOT allow hunters access to private property without permission from the landowner, and landowners will NOT be required to let shooters on their property if they do not want them there – exactly as the situation is now.

Supporting state forest hunting means you are potentially LESS likely to have illegal hunters trespassing on your land, as there will be a legal option for shooters to hunt in state forests instead.

BUT I ALREADY HAVE A PROPERTY TO HUNT ON

Lucky you! Most Queensland shooters do not, however, and do not know a farmer – or cannot regularly make a multi-day trip to the state’s rural areas for hunting trips. Supporting state forest hunting does not take away your ability to hunt on private property with land owner’s permission as you do now – but it means more people will be able to get involved in the shooting sports and experience the natural environment of our state too.

I ONLY SHOOT TARGETS – I DON’T HUNT

We are all shooters and even if you personally don’t hunt, it benefits the shooting sports as a whole to get as many people involved as possible.

Opening state forests up for hunting won’t affect your target shooting competitions, but will make a huge difference for all gun owners across the state – and make it an option for you if you decide to give it a go in the future as well.

Remember hunters need the target shooters too – they’re the ones who ensure there are ranges for you to practice your shooting and load development at!

WHAT ABOUT BOW HUNTING?

Yes, bow hunting is included in the petition – it is about making state forests accessible to all hunters who can take game and pests humanely, not just shooters. Bow hunters would, however, need to be members of an accredited bow-hunting organisation and undertake the same
programme course as firearm hunters.

I DON’T UNDERSTAND HOW THE PROGRAMME WOULD WORK

The petition is about enacting a three year trial of conservation hunting – it’s not about debating the specifics. The idea is to get the green light to establish a programme, and at that point a formal programme can be developed with input from qualified and relevant stakeholders. The
data and information obtained from the trial will then enable an informed decision to be made about making state forest hunting a permanent programme in Queensland.