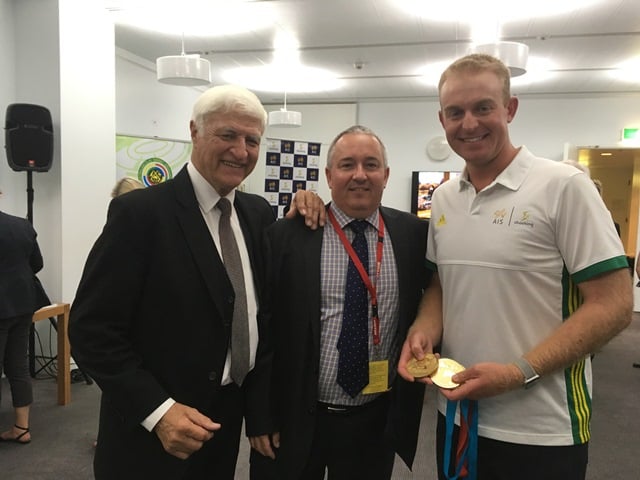 SHOOTERS Union Australia vice president David Brown headed to Canberra a few weeks ago to attend the re-launch of the Parliamentary Friends of Shooting group.

The event, supported by our friends at SIFA, was also attended by the Australian Clay Target Association, Field and Game Australia, the SSAA, and, of course, Shooters Union Australia.

The Parliamentary Friends of Shooting group comprises members from a range of political parties – except the Greens, to no-one’s surprise – and is co-chaired by Commonwealth Agriculture Minister Bridget McKenzie and Federal Labor MP for McEwan, Rob Mitchell.

The group was set up five years ago by Senator McKenzie with the aim of promoting shooting and hunting, along with the various benefits they offer from an environmental, economic and wellbeing perspective.

Mr Brown said the event was a welcome opportunity to catch up with some of those in parliament who can help promote the positive side of shooting and counteract the anti-gun nonsense spouted by the uniformed or deliberately hateful.

“There’s a surprising number of politicians who are either shooters themselves – such as Senator McKenzie or Federal MP for Kennedy Bob Katter – and many others who understand and appreciate what more than a million law-abiding firearms users contribute to Australia,” he said.

Attending the Parliamentary Friends Of Shooting event is just one of the many ways Shooters Union helps represent your interests and fight to make sure shooters across the country get a fair go.