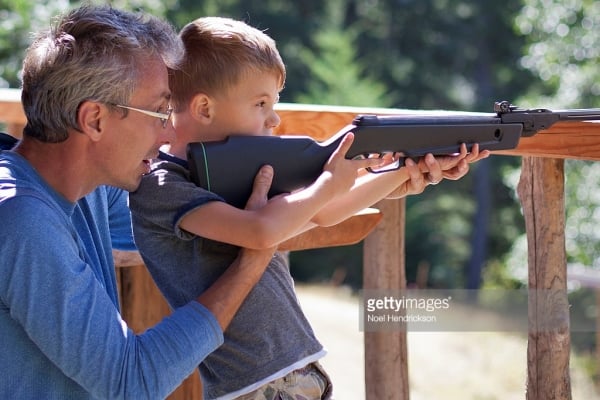 Did you see the op-ed piece written by Lauren Martyn­Jones.? It is titled, “Gun laws a credit to Australia where children don’t need to learn to shoot”. It was published on 17/7/2016 in the weekend edition of the Courier Mail.

The article is best summed up by her statement, “There is something entirely incongruent in exposing children to deadly weapons before they are allowed to drive, vote, or drink alcohol.”

She asks, in the context of adults needing a genuine reason to own a gun, ”…why then is there no “genuine reason” test applied when it comes to allowing people, particularly children, through the doors of shooting ranges?”  She then states “Exposing children to the idea that shooting pistols is a recreational activity is the start of an insidious slippery slope.”

What makes this op-ed piece unsettling is it is wrong. It is an opinion based on the false premise that children cannot be responsible around guns. The truth is actually the opposite. The truth is why police support teaching gun safety in US schools. Google the phrase ‘study where children find gun’ and take a moment to read the results. What you will find is that children raised in homes with guns, where parents talked to them extensively about gun safety, were the only ones that did not touch the toy gun when it was found. The children whose parents had never exposed them to guns let their curiosity get the better of them. They touched it, looked down the barrel, and even aimed it at other children.

When it comes to gun safety, your opinion goes against what is recommended by law enforcement officials. It even goes against the Yale study you probably discovered when doing the Google search. Therefore you are not entitled to this false opinion. To borrow a line from a Q&A segment I recently saw – I say that because if ‘entitled to an opinion’ means ‘entitled to have your views treated as serious candidates for the truth’ then it’s pretty clearly false.

In the spirit of education, I would like to invite you to a day at the gun range with me. You can contact me by calling 07 3221 2220. My shout. I will pay for your entry fee, ammunition and required safety gear.  All you need to bring is a pair of closed-toe shoes and an open mind. Hopefully you will see the families I have seen at the range. Maybe you will see the young girl hitting the bullseye more times that her bratty older brother. Maybe you will see the young boy in the wheel chair outshoot his classmates. Either way it will be the smiles on their young faces and their responsible firearm competence that will hopefully make an impression on you.

Your article ends with the sentence, “There are so many activities for children and young people that there is no reason for them to enter a shooting range, unless they can meet the high standards of the genuine reason test.”
Perhaps you can consider that a child’s safety is genuine reason enough for a parent to begin teaching these lessons at an early age.