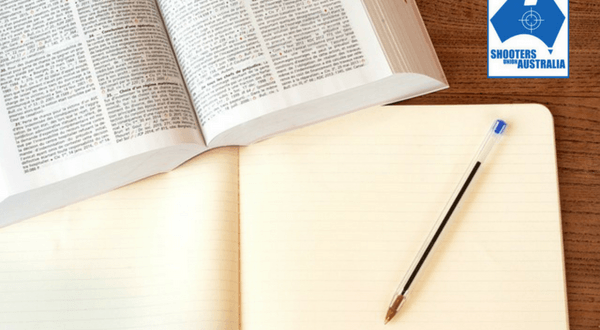 Submission on Review of the Firearms Act 1996 – Schedule 1 (Tasmania)

1.1 The purpose of this document is to provide comment and information in relation to the review of Schedule 1 as it applies to Shooters Union members in Tasmania.

3.1 Shooters Union Australia Inc was formed consequent to the formation of Shooters Union organisations in several states, the first of which was Queensland in 2005. SUA has several branches  and individual members in all states, including Tasmania.

3.2 The Shooters Union movement has grown rapidly and is now one of the largest shooting organisations in Australia.

3.3 Shooters Union has been represented at several advisory groups over recent years.

4.1 The National Firearms Agreement was passed in 1996 as a direct result of the Port Arthur Massacre, with the clear intention to reduce the likelihood of a recurrence of such an incident, and to reduce the rate of violence associated with firearm usage. While there are contrary research reviews on the effectiveness of these laws, we consider this intention to be the first principle of the agreement, and that laws introduced or amended under this agreement should address this principle.

4.2 We note comments from Doug Rossiter, Acting Commander, Tasmania Police Service, that the current review is not to debate the “rationale and/or principles underpinning the legislation, nor whether the legislation should be amended or other such matters.

4.3 We note a request for review instead on whether the guide (Guide to Schedule 1(6) of the Firearms Act 1996 (prohibited Firearms)) makes sense, can be easily understood and addresses the relevant issues relating to how Schedule 1 (6) operates.

4.4 We note also that: it is acknowledged that some firearms may have been incorrectly registered in the past due to applications for permits and registration being in writing with no reference to an image or physical inspection and a lack of awareness in respect to the appearance of certain firearms. Where errors have been made it has been where firearms have been categorised according to their type, calibre and manner of operation and not appearance.

4.4 The impetus for this review is stated: “As a result of the Martin Place siege review States and Territories’ police services agreed to conduct an audit of their firearms data holdings to ensure their data holdings relating to registered firearms is accurate and firearms have been registered in line with State legislation.”

4.6 We note the particular reference to Item (6)

4.7 Finally, we note the examples provided.

5.1 The Recommendations on firearms from the Martin Place Siege report are:

5.2 It appears that Item 6 of the recommendations has been ignored in the current review. We do not believe that categorising a firearm according to its appearance simplifies the regulation of firearms – far from it. Instead it adds a degree of unnecessary subjectivity. What is ‘substantial’? Who will decide how substantial a similarity is one component of a firearm design? And how does this meet the first principleof the National Firearm Agreement?

5.3 Schedule 1, item 1 of the Guide refers specifically to machine guns, submachine guns or other firearms capable of propelling projectiles in rapid succession during one pressure of the trigger. We understand that these firearms are severely restricted in all states as a result of the 1996 National Firearms Agreement. In order to meet the intention of the agreement, the National Firearms Agreement categorised firearms according to their type, calibre and manner of operation, not their appearance.

5.4 Schedule 1, item 6 of the Guide refers to any firearm that substantially duplicates in appearance a firearm referred to in item 1. However, the guide highlights minor, not substantial, aspects of firearm design such as the structure of the stock.These are clear examples of retrospectively adding subjectivity to the firearm regulation, adding complexity to the regulation, and failing to meet the intention of the National Firearms Agreement.

5.6 Legislation should be evidence based. It is unreasonable to prohibit an item, including a firearm merely because it has similarities with another that are purely cosmetic. This concept disadvantages those who are complying, or seeking to comply with the Firearms Act 1996. If an offence is committed with any firearm, its resemblance to another will make no difference to the crime. Offences should be targeted at the criminal misuse of firearms, not whether one firearm looks like another.

5.7 Is there evidence of an instance where a crime has been committed by a licensed shooter, using a registered firearm that looks like a machine gun or submachine gun? What problems have been identified with the registration and use of such firearms? Will banning firearms because they have a particular design of stock reduce the likelihood of violence in our communities?

5.9 Existing legislation already creates offences for causing fear by manner of display of any object which may be considered dangerous. Common sense should prevail. If an imitation or replica is presented or used as a firearm, the person using it thus should be treated as though the imitation or replica were a firearm.

5.10 Once a person has been granted a licence for a particular category of firearm, he has passed the fit and proper person test and could be expected to use such firearms safely and legally.

5.11 There is no detriment to community safety in allowing a licensed shooter to own and use a firearm of whatever category he has been approved to own, no matter what its appearance.

5.12 The drafting of this law has ignored the needs of law abiding firearm owners with physical requirements to use design features specifically identified for restriction. Skeleton stock constructions and trigger grips can be or enormous assistance to those with reduced upper body strength or physical limitations in the use of their arms and hands. This would have a negative impact on sporting shooters, including members of the community who are internationally recognised for their prowess.

6.1 The notion that something is banned because it looks, in part, like something else that is banned is absurd. Should dispensing syringes for children’s medicine be banned because they use plungers, a substantial design similarity to syringes used in the abuse of illicit drugs? Will this proposal result in any reduction in violence or harm in our community? Will this measure in any way meet the intentions of the National Firearms Agreement or simplify the application of this legislation?

6.2 We remain committed to our members in Tasmania and request that the process for making changes to existing legislation or applying sections of the legislation in a more stringent manner recognise that licensed shooters are not the problem which the Act seeks to address. Legitimate shooters recognise the need for regulation but deplore the fact that regulation often does nothing to address criminal misuse of firearms but instead, focuses attention on those who seek to employ their lawfully possessed firearms for lawful purposes.

6.3 We request that any changes made to the Firearms Act 1996, including the introduction of Guidelines such as the subject of this submission, be supplied to user groups, ourselves included, BEFORE enactment. As has been the case in other states, legislation that sounds good to the authors may have unintended consequences. Stakeholders may be able to highlight those unintended
consequences and propose solutions. 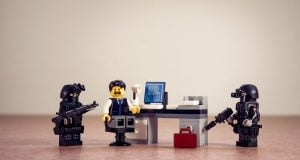 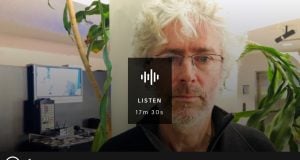 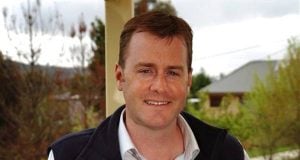