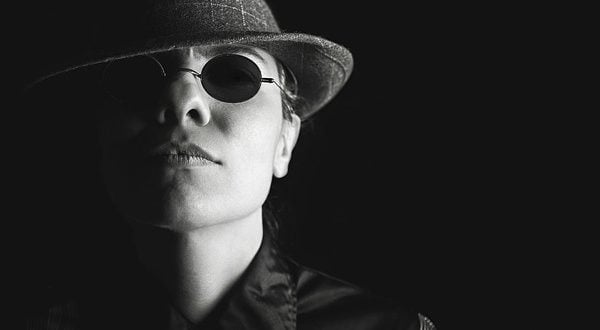 Wallet thieves will know you have guns and where they are

We’ve all heard the horror stories of lost wallets, the lost cash, having to replace all those cards, stranded in strange places with no money.

However, there’s one spine stiffener you may have missed. You know that there’s no address on your shooters licence so that’s all right, or is it? Another item you, as a law abiding citizen usually carry in your wallet tells all. Your drivers licence includes your home address which is where you are most likely to keep your precious firearms.

So besides being able to bleed your pay wave card to death by using it to buy lots of items under $100, besides flogging your cash, being able to enter your clubs, and stealing your identity, a knowing thief will learn that you own firearms, where they are and whether the categories you have are worth a visit. Membership cards from your pistol club/s will also pique their interest.

To avoid this added complication arising from a ‘lost’ wallet, some shooters carry their licence/s and shooting club membership cards in a separate wallet hidden in their vehicle, and that doesn’t mean just plopped in the glove box. If you have a method you use to keep your firearms’ identity away from prying eyes please let us know.

Oh yes, there’s another thing. If they’ve managed to flog you car as well, your GPS will generally take them to your “home”. To make your thief’s day far more exciting, make your “home” address in your GPS the street address of your local police station. Some of us have found our way home from there before anyway.

Here’s a list of steps you can take to protect you if your wallet is stolen.

1. File a police report. In Queensland, if your weapons licence has been stolen, lost or destroyed, you must report it to your local police station and obtain a QPRIME occurrence number. If you don’t report it you may be prosecuted and end up wondering who’s the criminal, the thief or you. For other States Google ‘reporting a lost weapons licence’.

Establishing a record of your missing wallet, no matter whether it was lost or stolen, is imperative. The police report will include details of where or how it went missing, and you may be asked to produce a copy of it when replacing some of the items from your wallet — such as your driver’s license. The police report can also come in handy in case you need to dispute criminal charges or anything else perpetrated in your name as a result of your loss.

2. Call your credit card companies and banks to report your cards missing. One of the first things a thief will do with a stolen wallet is to try and either use your credit/debit cards — or sell their information. The sooner you can report the card as missing, the sooner your card issuer can cancel it and issue a new one.

3. To report a stolen driver’s license in your State, google; ‘reporting a stolen drivers’ licence’. It might not seem like a big deal, but a thief can do a lot of damage with your government-issued photo ID. From unpaid car rentals to something far more serious like theft. If your license is used by someone during these acts then it is you who may be held responsible.

4. Notify your health insurance company if your card was in the stolen wallet. A criminal with your insurance card can potentially use it. eg. using up your eyewear and dental allowances.

5. Cancel any other important cards or documents that were in there. If you kept rewards cards for your favourite retailers and restaurants, you’ll want to make sure any points you’ve racked up don’t get spent by someone else.

6. Strip your wallet. To make the theft of your wallet less traumatic, strip your wallet of all unnecessary items, cards, signatures, pin numbers etc. Only keep those things you need all the time, the rest can go in that extra wallet hidden in your car or any other secure place. (make sure you keep your drivers licence in the wallet you carry.)

NOTE: question whether having a pay wave card for convenience is worth losing cash up to the credit limit of your card.