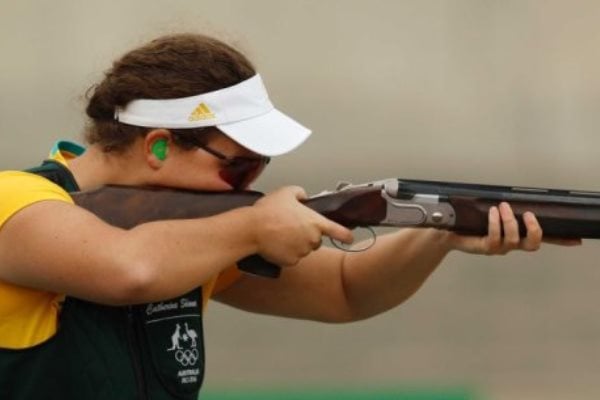 Where are our women?

Women are darn good with a gun so why don’t we have more women shooters and what should we do to attract them?

Starting before Annie Oakley, women have always excelled at all disciplines in shooting sports; from pistol to rifle, shotgun and hunting, their names are engraved on the big trophies. In Australia we know how good they are at taking club medals, but we forget how many achieve “Games” glory.

For Australia, there’s Patti Dench who won Australia’s first shooting medal when she became the oldest medallist at the 1984 Los Angeles Games by winning bronze in the inaugural women’s sport pistol event.

How many of us have daughters and grand daughters who, with a little encouragement, would take up the sport and go on to win? Let’s include sons and grandsons here.

Give the Mums, girls and boys in your family a present of a shooting licence starting with the safety course and club membership. Queenslanders just need to phone of email Shooters Union for more information. You’ll find us at 0409 701-109.

Follow the advice of Catherine Skinner who wants shooting taught in schools because the sport “teaches respect” and “demystifies the use of firearms.” Has your club made overtures to your secondary school yet? A special juniors’ or family day would set them off with a sport they can continue with until the end, and the takers will become members of your club. Encourage the kids to bring their parents along so they can experience the discipline and safety of our sport.

And a last word from a Suzy Balogh interview with Stronger Daily, “How did you start your career?
– Sharing in something that my Dad loved to do.