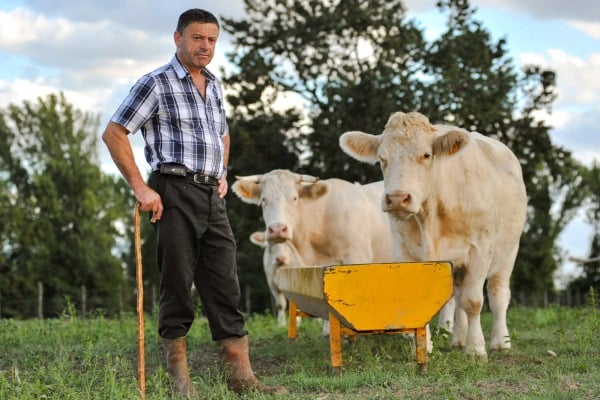 We continue our fight to restore the rights of Queensland farmers, who face being treated like criminals just for doing their jobs.

Earlier this year Shooters Union became aware of a change in the treatment of farmers applying for renewals to their Category H (handgun) licences, which are used in primary industry. These are mostly for the humane destruction of feral animals or stock, particularly where carrying a rifle is not practical or safe. We were told at the time there had been no changes in the treatment of these applications but then, in May, the Police Minister let the cat out of the bag: the state government are opposed to farmers using handguns to do their job.

Why does this matter?

Shooters Union supports sensible laws for the licensing, storage and usage of firearms, and an effective ban on handguns for farmers is far from sensible. Most farmers need a firearm to do their job, and many of those need a handgun to address specific physical, environmental or safety factors. If the government wishes to change the rules, they should take it to Parliament for debate, not sneak it in through the back door.

Let’s look at the Minister’s arguments:

CLAIM:
“A rifle is the preferred weapon to be used for the destruction of sick or injured beast.”

FACT:
Common sense tells us the calibre of firearm is the most important factor, not its length. Indeed, at close range a low velocity large calibre is far safer, and this is best done with a hand gun. In many cases, it is impractical or unsafe to carry a rifle (e.g. climbing into a stock truck).

CLAIM:
“Since 2000, in excess of 800 handguns have either been lost or stolen in Queensland.

FACT:
Less than 20 handguns are stolen each year, according to the government’s own statistics. Agricultural properties account for less than 10 per cent of all victims. There is no evidence theft from farms is the source of many stolen handguns, if any at all.

CLAIM:
“There are many applications out there which are dubious or have question marks about them.”

FACT:
There is no evidence to suggest there have been applications that have not met the regulatory requirements, and the suggestion otherwise is a slur on hardworking farmers. If farmers need guidance jumping through the many hoops of the licensing system, the government should be helping them, not labeling them as criminals.

CLAIM:
“There are states such as New South Wales, Victoria and Tasmania who have quite sophisticated grazing enterprises and there are no such licences in any of those jurisdictions.”

FACT:
False. Farmers in other states do have access to handguns where required. More importantly, Queensland farmers have been operating responsibly, safely and effectively under rules unchanged for the past 20 years. Now, after decades without issue, these rules have been changed without consultation.

It is disappointing that decisions that affect the working conditions of Queensland farmers have been made without consulting farmers or their representatives. It is even more galling these changes are based on ‘concerns’, not facts.

Show the government you support a fair go for farmers. Contact your local member to tell them farmers should not be tied up in red tape, just to do their job.

We will keep you updated on this important issue.