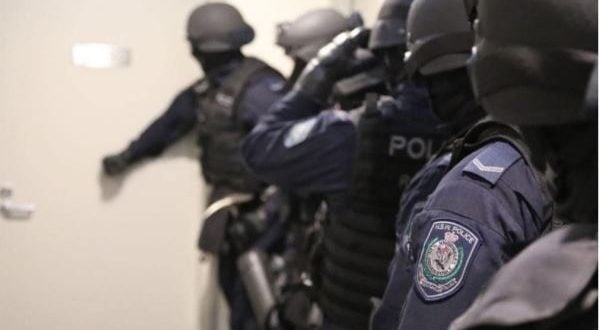 Firearm Prohibition Orders (FPOs) have exploded more than 650 per cent in the past
three years but have had little discernible impact on gun offences, analysis of crime data
reveals.

It comes as the country’s peak anti-gun lobby, Gun Control Australia, fears the orders
are being overused for “matters that have nothing to do with firearms”.

The draconian laws allow police to stop and search someone served with a FPO, their car
or even a house they are visiting at any time, anywhere and as often as they like without
a warrant. Police do not even have to form a reasonable suspicion before detaining and searching
someone with a FPO.

The virtually unfettered powers were introduced in November 2013 to stem the scourge
of drive-by shootings in Sydney’s south west but analysis of recent Bureau of Crime
Statistics and Research (BOCSAR) data shows they have had little impact on gun crime.
Besides Sydney’s south west, where the majority of FPOs have been issued, there also
appears to be very little consistency between an area’s population, local crime rates and
the number of FPOs issued in a certain police command or district.

It raises serious questions about whether they are being overused in some areas simply
as a convenient means of keeping troublemakers on a short leash.

Police do not need a court’s permission to issue a FPO, nor does someone need to have previous firearms or any other offences to be slapped with one and there is no direct avenue of appeal or right of review.

Before the FPO legislation was beefed up, bikies and criminal gangs were lighting up
Sydney’s south west where there were 86 drive-by shootings into homes and businesses
between July 2011 and June 2012, with a further 87 unlawfully discharged firearms in
public.

Today, according to figures obtained under freedom of information, there are a
staggering 3914 FPOs issued across the state — an increase of 652 per cent in three years
— despite drive-by shootings remaining stable over the past five years.

“The fact FPOs provide police with powers way beyond your general warrant and don’t require court approval, meant such orders were always going to be susceptible to being over used and used for matters that have nothing to do with firearms,” Ms Lee said.

“There is no real evidence to suggest that FPOs are helping to prevent gun crime and
may be providing the community with a false sense of security. It is time the
government looked at other strategies to prevent gun crime — like preventing hundreds of firearms being stolen each year in NSW.”

Brisbane Water ranked tenth in NSW with 104 FPOs with Tuggerah Lakes slipping into
the top 20 with 79.

Combined the Central Coast ranks third with 183 FPOs behind the 235 people who have
either moved interstate, overseas or have no fixed abode and Bankstown with 188.
According to BOCSAR data Bankstown’s rate of prohibited and regulated weapons
offences per 100,000 population is 115.1 — well below the overall NSW rate of 171.9.
Similarly the Central Coast has a rate of 159.6 for these offences, which could indicate
FPOs are driving down gun-related crime.

However Campbelltown (ranked seventh) has 142 FPOs and a prohibited and regulated
weapons rate of 183.4 while Nepean (ranked eight) with 121 FPOs has a rate of 234.9,
which could indicate dishing out FPOs like candy was having no impact on gun crime.

The data is even more erroneous for robbery with firearm offences where the rate on the
Central Coast per 100,000 population was 1.8 — just shy of the overall NSW rate of 1.9.
However Auburn, ranked fourth with 172 FPOs, had a rate of 4.7 — more than double
the state average — while the Sutherland Shire, which had very few FPOs at just 28, also
had very few robberies with a firearm.

In fact BOSCAR data shows Sutherland Shire had just one robbery with a firearm in the
past two years.