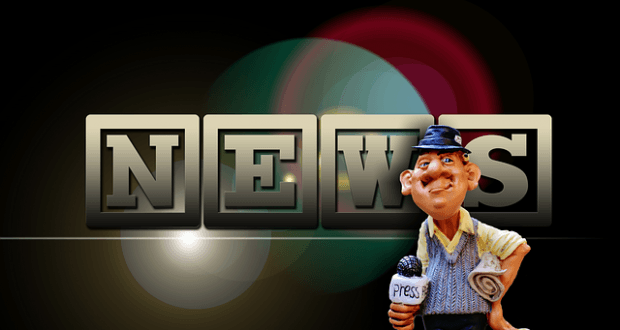 We all know the Australian mainstream media are terrible at reporting fairly on anything firearms related.

At best it’s inaccurate and at worst it’s a blatant hit piece with unashamed bias and blatant scaremongering.

As part of Shooters Union’s efforts to represent all shooters, in April we wrote physical letters to senior executive members of the Media, Entertainment and Arts Alliance (MEAA), who are effectively the journalist’s union and watchdog.

In that letter, our president Graham Park asked the MEAA to encourage its member journalists to give serious consideration on how they write about firearms-related news and issues, and the impact that biased or sensationalist reporting had on the country’s millions of law-abiding firearms users.

MEAA President Paul Murphy took the time to reply to our letter, but sadly his response was not encouraging, saying under its own rules, the MEAA is unable to tell journalists how to report on issues.

“Under our rules, our organisation cannot issue any guide or direction to journalists about how they cover any issues, including this one,” Mr Murphy said.

“Under our rules we can only hear complaints with specific stories by journalists.” Mr Murphy did, however, direct us to the MEAA Code of Ethics
and its accompanying information on how to make a formal complaint should they be breached.

Given that many, if not most, anti-gun stories violate Article 1 (“Report and interpret honestly, striving for accuracy, fairness and disclosure of all essential facts. Do not suppress relevant available facts, or give distorting emphasis. Do your utmost to give a fair opportunity for reply”) and sometimes Article 4 (“Do not allow personal interest, or any belief, commitment, payment, gift or benefit, to undermine your accuracy, fairness or independence”.), and Article 1 (“Do your utmost to achieve fair correction of errors”), there are clear breaches of the Code there which can – and must – be reported to the MEAA and other relevant bodies.

We find it surprising the journalist’s own union is apparently unable to suggest to its members that, in the interests of professional standards, they take a moment to look at how they report on an issue affecting literally millions of Australians.

We’re not asking for journalists to love guns, just to report on them fairly and accurately.

We, both as an organisation and as law-abiding firearms users generally, are not extremists, we are not nutters, we are not calling for people to be able to do inherently problematic things like buy assault rifles over the counter with no licensing or background checks.

In short: What we want is a fair go – and right now, we’re not getting it. Our offer to journalists, media, academics, and researchers stands – if you want factual information on Australia’s gun laws, or a factual explanation of how they work, or even just want to fact-check something – Shooters Union is here to help.

We’re happy to go on the record with attribution from one of our spokespeople, or we’re happy to provide info on background or off the record. Your story doesn’t even have to be pro-gun; we just want to ensure that whatever you write is written with factual information and you’ve at least heard from knowledgeable people on the gun-knowledgeable side of the spectrum.

In the meantime, we’re asking our members and friends to keep an eye out for anti-gun reporting, and to lodge complaints regarding particularly egregious breaches of the MEAA Code of Practice in this area by mainstream media outlets.

Will it lead to an improvement in standards of reporting on firearms stories? We don’t know, but it will tell anti-gun journalists they can’t write whatever nonsense they like about millions of law-abiding Australians without those same Australians having something to say about it to their industry professional standards watchdogs.

In the meantime, have a look at our handy guide to “Top 10 Firearm Myths”, available here and containing factual information which you can use when discussion law-abiding firearms use in Australia

2019-06-19
sandra
Previous: Toy gun ban LUDICROUS and must be rejected
Next: Channel 9 have a strange definition of accurate and impartial