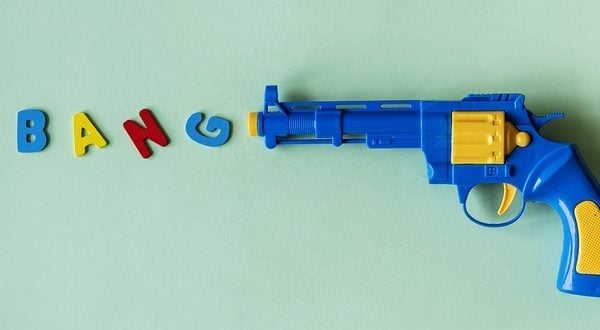 Toy gun ban LUDICROUS and must be rejected

Calls to restrict toy guns in Queensland are ludicrous and represent a thought bubble that needs to be popped immediately, the country’s pre-eminent pro-firearms peak body says.

Police Minister Mark Ryan has stated he has raised the issue of restricting gel blasters – which are legally toys and incapable of hurting anyone – with the state’s Police Commissioner and said he understood the Queensland Police Service was considering if any regulations governing the items could be changed.

Shooters Union Australia has utterly rejected the idea the toys should be restricted, with president Graham Park pointing out they cannot fire real ammunition and cannot cause physical injury.

“They fire a small water-filled gel ball at low velocity with low force,” he said. “I’ve been shot with one at close range on purpose to test their effect and can tell you from personal experience they do not cause any pain whatsoever. It’s like being hit with a water gun.

“I’ve had sneezes which hurt more.”

Mr Park had no sympathy whatsoever for people who were scared by gel blaster’s resemblance to actual firearms and said it was not a reason to consider restricting or banning them or anything else.

“They’re just toys and they can’t actually hurt you,” he said. “Almost no-one in Queensland has a real M4 carbine or AK-47, so if you see what looks like an actual assault rifle outside a museum in the hands of anyone besides the police or military, it’s almost certainly a toy or replica – neither of which can hurt you.”

Since being declared toys in Queensland following a landmark court case last year, gel blasters have become hugely popular for paintball-like games, with a number of businesses springing up to support them.

“The reality is access to gel blasters has given tens of thousands of people the motivation to get outside and get with their friends and like-minded players,” Mr Park said.

“How can anyone possibly be against encouraging people to get active and socially involved, especially in this day and age?”

Shooters Union Australia is a leading peak body representing the more than one million lawful firearms users in Australia.