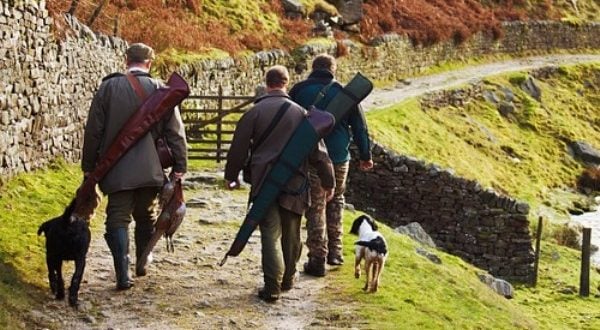 One Nation to allow shooters access to public lands

One Nation has announced their intentions to push for a NSW style (R-Licence) for QLD. The proposed arrangements would allow shooters in Queensland the ability to hunt game and feral animals on public lands. This news is welcomed by the Shooters Union and by all firearms and hunting enthusiasts alike.

The policy has been developed and promoted by Jim Savage, a One Nation candidate standing in the Lockyer electorate. The changes would greatly assist those with limited options or who need to travel long distances in order to enjoy their hobby.

This option has been available in NSW for many years. The implementation of such a licencing arrangement would mean that accreditation could be sought through the DPI and would facilitate access to public land. It has had great success in NSW by giving shooters the opportunity to assist in feral animal eradication, which in turn maintains the natural ecosystem of these environments.

Shooters Union applauds the initiative shown in the promotion of this policy and urge those of like mind to support the proposed changes.

We will legislate to allow public land hunting with a licencing system to ensure safe public access and use of state forests.

One Nation supports a Queensland version of the successful NSW “R” licence, which regulates hunting in state forests. We recognise as a matter of principal that Queensland public land is a shared resource, for all Queenslanders. NSW, Victoria, Northern Territory and Tasmania allow the hunting of feral pests in state forests, as in most other countries. This saves the taxpayer an enormous amount of money which otherwise the government would have to spend controlling feral pests, as is their legal obligation as a “landowner”.

A cost benefit analysis conducted by the NSW government in 2017 showed a net benefit to NSW of $119 million a year and 860 jobs supported from public land hunting. In Victoria the figure is $439 million and 2,380 jobs supported. A significant proportion of this money comes from Queensland hunters who at present cannot hunt in Queensland. The NSW government makes money and at the same time saves taxpayers money by having someone else do their work for them. Win win!

One Nation believes that the NSW R Licence system is the best system to ensure safe hunting, with no safety incidents reported in over 16 years of operation. Hunters are required to undertake training in ethics, education and animal welfare, and hunter numbers are limited to one per 400 hectares (1000 acres) with hunting at night and from vehicles banned.

One Nation does not believe Qld. should miss out by not having legalised public land hunting.

Hunters from Qld regularly travel interstate to hunt deer and other pest animals in state forests, while taxpayers in Qld pay the government to shoot feral pests in our state forests. This is just plain silly.

One Nation supports introducing R Licences in Qld and finally join the rest of the country. It is time we managed our resources properly and controlled feral pests which results in better outcomes for native Australian animals. Money raised from R Licences can be funnelled back into environmental projects. Currently an R Licence in NSW costs $75.

One Nation suggests that hunters could voluntarily provide those in genuine need and financial hardship with free meat (ie. venison) if possible and practical to do so. Food banks could be established, as has been done in the United States and Canada, with hunters sharing game meat as a community service. Of course this would be purely voluntary and self administered. This would reduce the complete waste of meat which currently occurs as a result of aerial culling operations on Qld public land by state government agencies. Currently hundreds of animals such as deer being wastefully left to rot. Rather than hunters in Brisbane heading south to hunt in NSW and Victoria (and paying for the privilege) wouldn’t it be better if they headed north and spent their money in Qld? Hunters who currently do not have access to hunting on private property would have access to hunting land (state forests) and provide cash to regional areas.

R Licences will provide an economic and environmental benefit to regional Qld and give recreational hunters an opportunity to hunt in their own state.