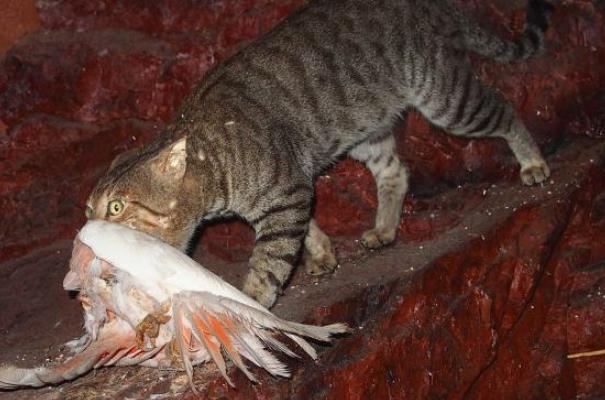 FERAL cats are now a hunted species after Banana Shire introduced a bounty on the pest.

The council will pay $10 for an adult cat’s scalp and $5 for a kitten.

The bounty is designed to stop the growing population of feral cats in rural areas of the central Queensland shire, where they are having a devastating effect on the native bird and mammal populations, The Morning Bulletin reports.

The council has allocated $25,000 in its Land Protection budget to cover the cost of the bounty and will continue the program until this funding is exhausted.

Environment and planning manager Chris Welch said a similar program recently introduced in the McKinlay Shire had a significant impact on the feral cat population.

“An increase in feral cat numbers has been observed, particularly though the rural areas of the shire, and council has received information from the Upper Dawson branch of the Queensland Wildlife Preservation Society raising the issue of impacts from feral and uncontrolled cats,” he said.

Mr Welch said the bounty would be restricted to feral animals destroyed on rural properties.

He said a property owner didn’t need to be the party destroying the animal and requesting payment, but must sign the payment request form giving a hunter permission to be on their property.

Lead researcher Professor John Woinarski said everybody knew cats killed birds, but this study showed the amount of predation was staggering at a national level.

“We found that the birds most likely to be killed by cats are medium-sized birds; birds that nest and feed on the ground, and birds that occur on islands or in woodlands, grassland and shrub lands,” he said.

“For Australian birds, cats are a longstanding, broadscale and deeply entrenched problem that needs to be tackled more effectively.

“Our knowledge of the impacts of cats on threatened mammals was a major stimulus for our first-ever national Threatened Species Strategy, which prioritised actions to control feral cats.”

WLB: “Get Vaxxed or Get ready to give up your handguns!”