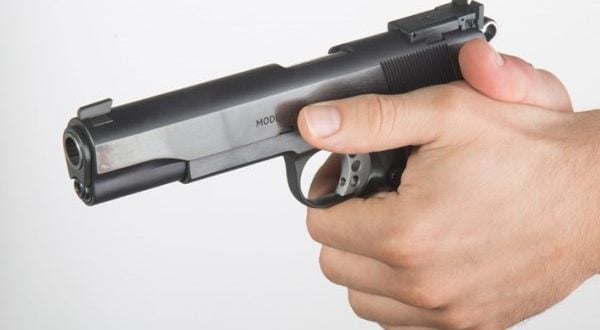 Our Guide To Finding Your Best Pistol Grip & Stance

Success in any handgun discipline requires a solid shooting platform, but in action pistol competition it becomes critical. Hitting multiple targets rapidly and accurately, combined with wide target arrays and varying target distances, places a premium on a solid grip and stance.

Unfortunately, there is no one “Carved in Stone” right way to achieve that. The grip and stance that may work well for a burly 200-pound male may not be equally effective for a petite 100-pound female. Yet, they are both working towards the same objective.

Shooters need to find what works best for them. To such ends, there are a number of options to consider.

There are a several ways to assume a two-handed freestyle firing grip, but only two have proven successful in action pistol competition—the Thumbs Forward, and the Thumb Over. Both have advantages, and drawbacks. 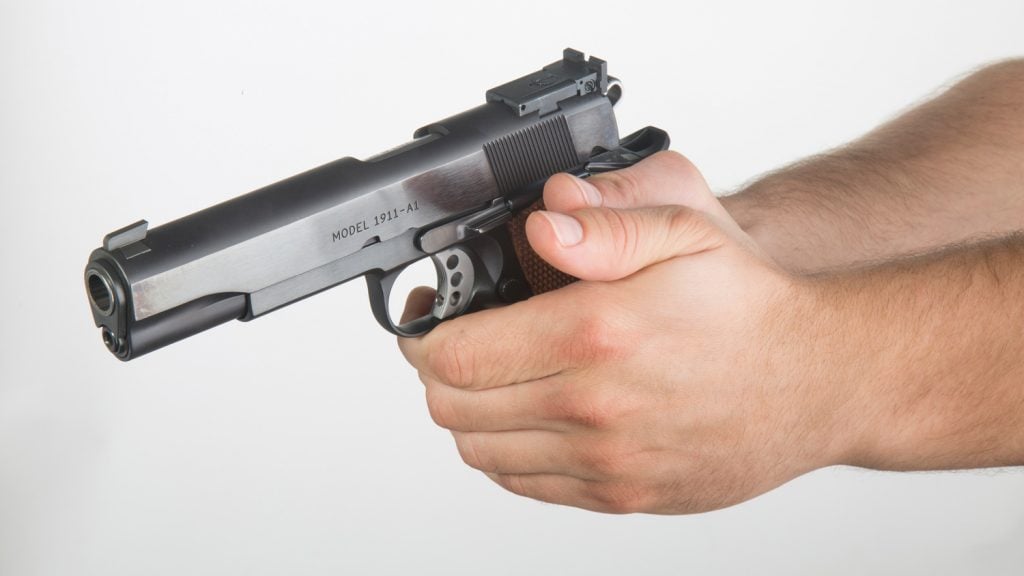 Thumbs together and touching

The advantage to any of the Thumbs Forward grips is that with both thumbs pointing at the target, the muzzle naturally follows. The relaxed shooting hand thumb also results in less inter-muscular tension in the shooting hand. Many feel that promotes a smoother, more consistent, trigger press. 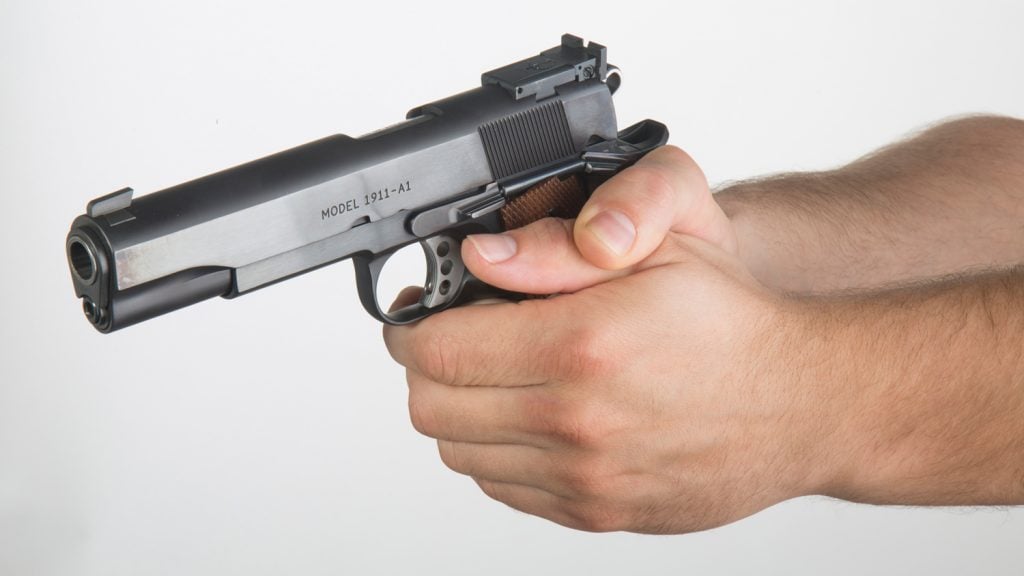 The drawback to having both thumbs pointing forward is there is little to lock the shooting hand and support hand together. In addition, the thumbs provide very little steadying pressure on the support side of the gun. If a shooter has too much finger through the trigger guard, or just gets overly aggressive on the trigger, shots can go to the support side (left for a right-hand shooter, or right for a southpaw). This is especially true for smaller-handed individuals shooting a wide-body double stack semi-auto. They often see the gun twist in their hands. The various Thumbs Forward grips work best for those with medium-to-large hands, and a very firm support hand grip. 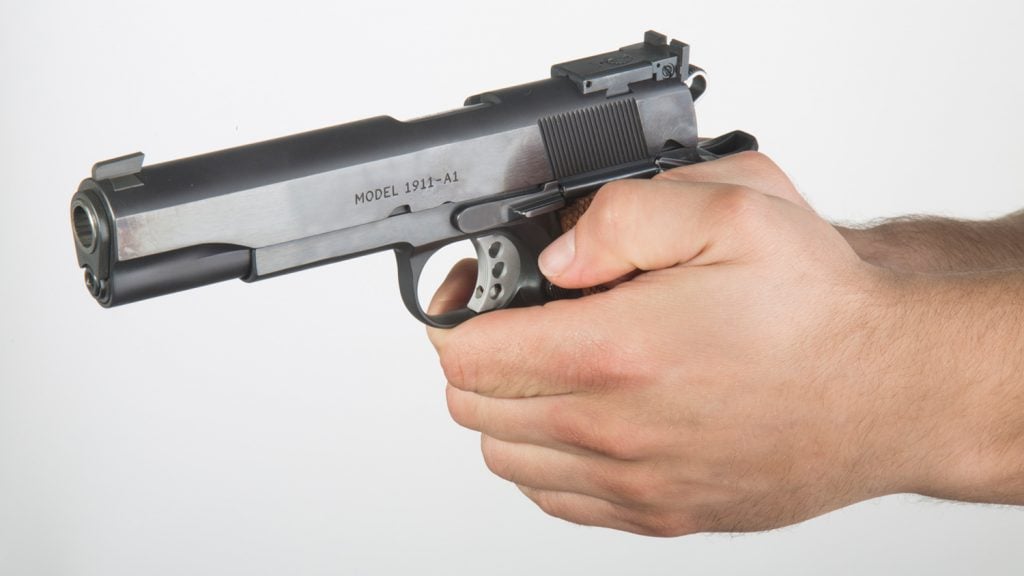 The Thumb Over grip (sometimes called the Captured Thumb) has the gun hand thumb inside the support hand thumb, which then reaches over and contacts the gun thumb at the fingernail, bending the joint down and locking both hands together. This is often a better choice for those with smaller hands, especially with wide-body semi-autos. It’s also more forgiving of long trigger pulls, and many upper-level revolver shooters favor it.

The drawback is that it places a bit more tension on the muscles of the shooting hand and requires more shooting hand effort to direct the gun to the target, and keep it there through the trigger press. 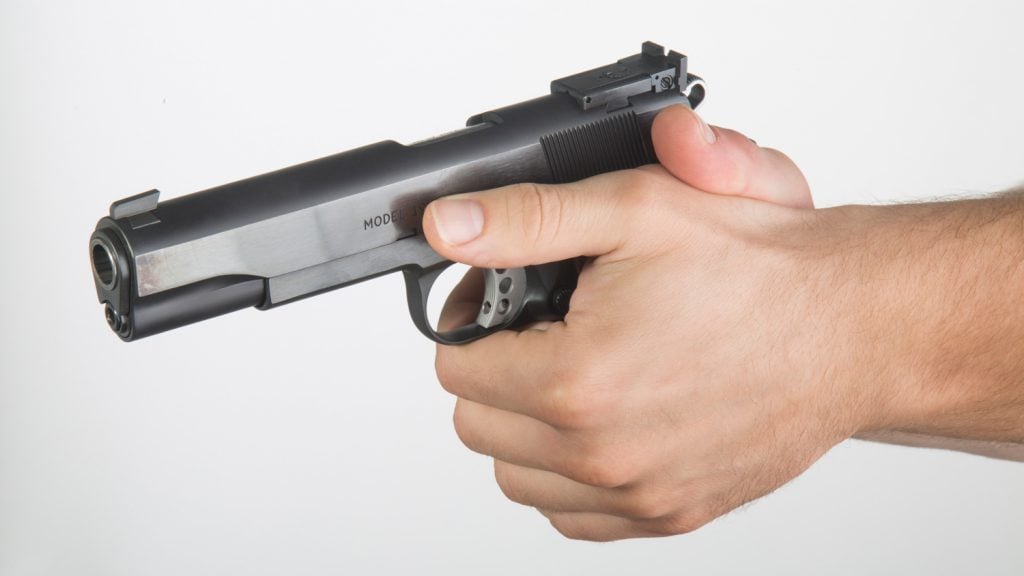 Over the top of support thumb

Which grip is best for the shooter is something that the shooter needs to determine. The same applies to foot position and stance.

I recently read an article by an instructor that said foot position plays no role in recoil control. His contention was that it all comes from the grip and arms, so one could forget foot position. I have to respectfully disagree.

There’s a simple way to determine whether or not foot position matters. Face a target at 10 yards. Place both feet firmly together with the toes pointing at the target. From a Low Ready, fire a six-round Bill Drill. 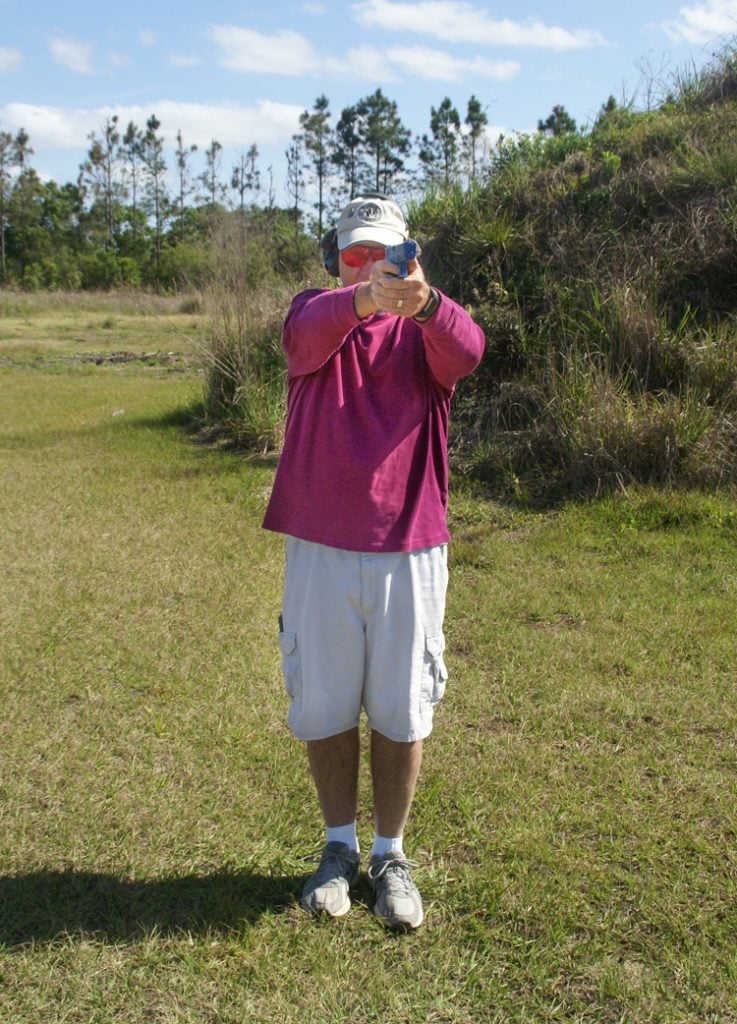 Most shooters will be very disappointed with the resulting group.

Handgun recoil doesn’t end with the hands and arms. It goes into the shoulders, down through the hips, and ultimately to the legs and feet. Having the lower body in a solid stance is an integral part of recoil control, and aids in getting the gun back on target quickly and accurately. If the feet are bouncing around it’s hard to get the sights centered on the target.

The popular Isosceles Stance has the shooter facing the target squarely, the feet spread slightly more than shoulder width apart, both arms fully extended, and the shoulders leaning a bit forward. It’s a natural and instinctive stance that provides excellent lateral transition ability. 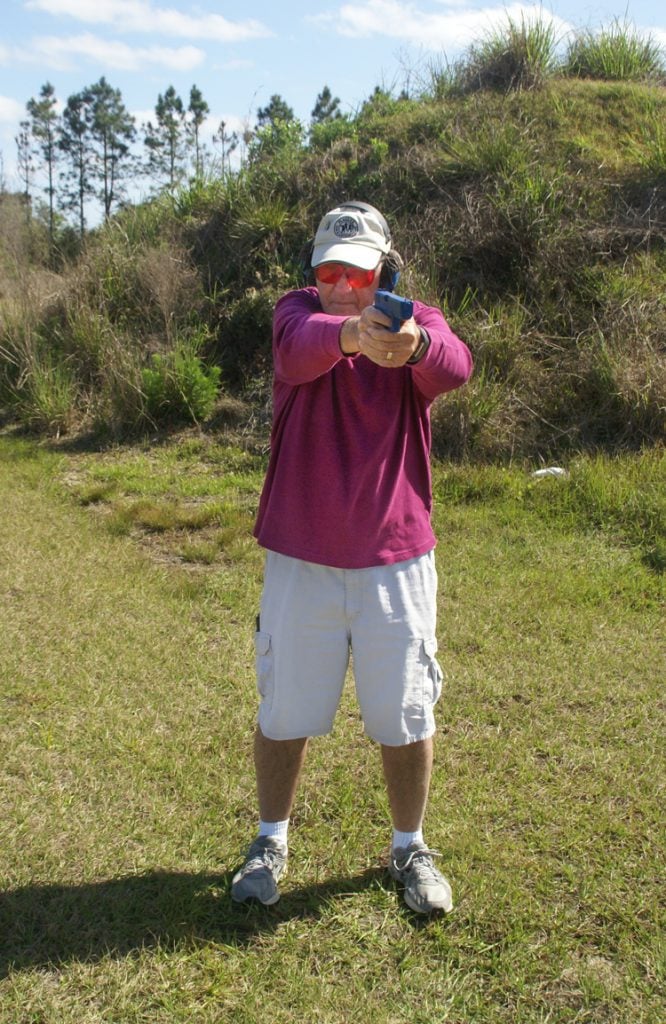 The Isosceles Stance is quick, instinctive, and works well for many shooters, especially with Minor caliber handguns

A major weakness is the squared foot position with no rear brace. My shooting buddy, well-known instructor Massad Ayoob, demonstrates this at his MAG classes. He picks a large male student, hands them an inert plastic pistol and puts them into the Isosceles Stance. He then stands in front and raps his palm sharply against the muzzle to simulate recoil. Even the biggest guys will drop a foot back to brace themselves after a succession of raps.

The Power Isosceles Stance accomplishes the same thing by moving the gun-hand foot back about 10 or 12 inches. The arms are still fully-extended, the shoulders slightly forward, and the transition ability remains. But, like the Weaver and Chapman stances (which are seldom used in competition) it provides a rear “brace” to resist recoil. With that “brace” I’ve seen even 100-pound females survive Ayoob’s demonstration. 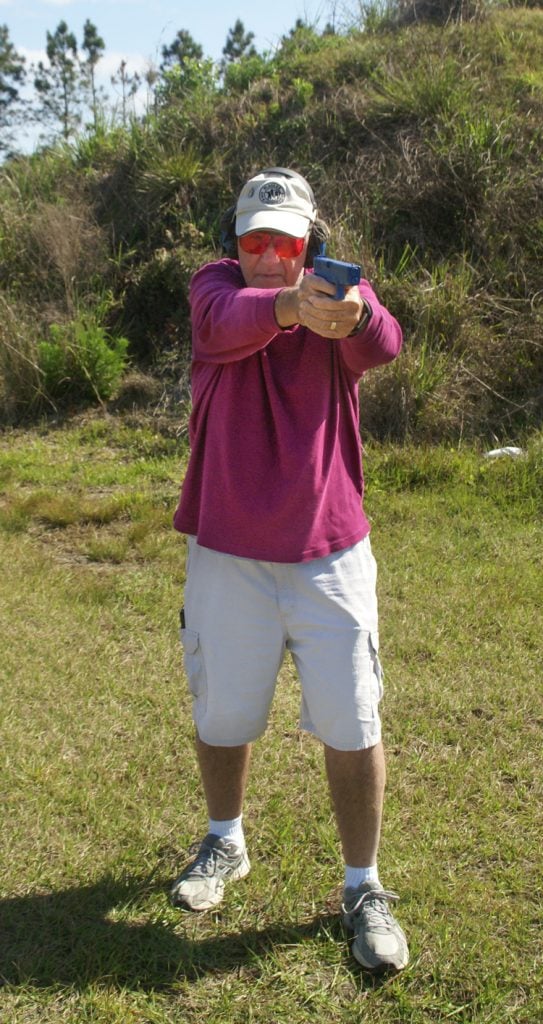 Dropping the gun hand foot back about 12 inches adds a rear brace to the Isosceles Stance, which many shooters find provides greater recoil control

There’s more than one grip and stance that can result in success. A simple way to determine what works best for a shooter is to remember—the targets and timer don’t lie.

The Bill Drill is an excellent way to check draw stroke, grip, stance and recoil control. Or to just check grip, stance and recoil control, shoot it from the Low Ready start. The Transition Drill is also useful. It can tell one if their stance allows the needed lateral movement. The Double Tap Drill is also beneficial. Combined, they can provide a thorough look at what each grip and stance offers.

“Instructors” may insist that, “This is the only way to do it,” but, the timer and targets don’t lie.

Every shooter is an individual and will have to find what works best for them. The timer and targets will tell them that—despite what “Instructors” may insist on. 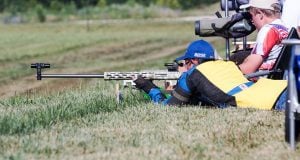 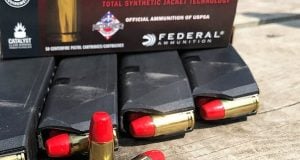