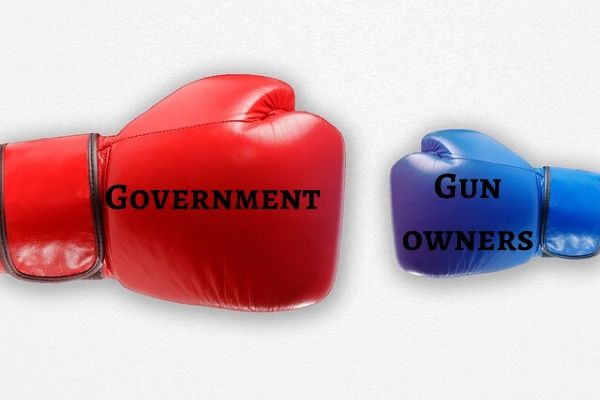 THE Queensland Government is coming under pressure from furious primary producers and shooters over allegations they ‘moved the goalposts’ to nullify a legal case result which had ruled against them.

Queensland farmer James Ryder requires a firearm suppressor to mitigate hearing loss from controlling feral pests on his farm, and applied to the police Weapons Licensing Branch (WLB) for an exemption to own one.

His application was denied due to suppressors being categorised the same as machine-guns and rocket-launchers under current law, but he was advised – in writing – that he could appeal the matter to the Queensland Civil Administration Tribunal (QCAT), which he did.

QCAT not only ruled in Mr Ryder’s favour, it questioned the restrictions on suppressors and suggested they be removed from the restricted category.

The police appealed the ruling, claiming QCAT did not have jurisdiction to hear the case – and QCAT agreed with them, essentially nullifying its earlier ruling.

The decision has caused outrage among primary producers and shooters alike, with Mr Ryder accusing the state Government of moving the goalposts because they didn’t get the outcome they expected.

“I have followed all the correct procedures, including the police service’s own advice, and they’ve decided to change the rules because they don’t like how it’s turned out for them,” he said.

“It’s completely unacceptable and I will be taking this legal fight further.”

Mr Ryder said he honestly did not see why there was such a fuss over suppressors, either.

“If I was 150km south across the border in NSW, I could easily apply for – and get – a suppressor permit for use on my farm, yet in Queensland they are lumped in with machine guns, bazookas and land mines,” he said.

“Hearing loss is not a particularly pleasant thing to experience ,especially when there is a simple fix available that satisfies both Worksafe noise guidelines and biosecurity obligations for farmers at no risk to the community.

His continuing fight to legalise a vital piece of safety equipment is not over and has the support, backing and assistance of the state’s pre-eminent pro-gun organisation, Shooters Union Australia, with president Graham Park describing the suppressor ban as ridiculous and harmful.

“We firmly believe that farmers, primary producers and hunters should be able to legally own suppressors for their firearms,” he said.

“It’s common knowledge the ban on suppressors exists because of how they’re portrayed in movies and video games. People have no idea how they actually work in real life.

“They do not completely silence the shot – it is still quite loud – but what they do is bring the noise level down to a safer level to mitigate hearing loss.”

“We’re not all going to suddenly turn into John Wick because we can put a sound suppressor on a hunting rifle,” Mr Park said.

“NSW issues suppressor permits and they haven’t had any problems, they’re freely available in New Zealand without issues – so why is Queensland dragging their heels on this?

“Even if you don’t like guns, the implications of the Government shifting the goals to get results it wants are extremely worrying and should concern all Australians.

“It’s just not on, and we should all be taking a stand against it.”