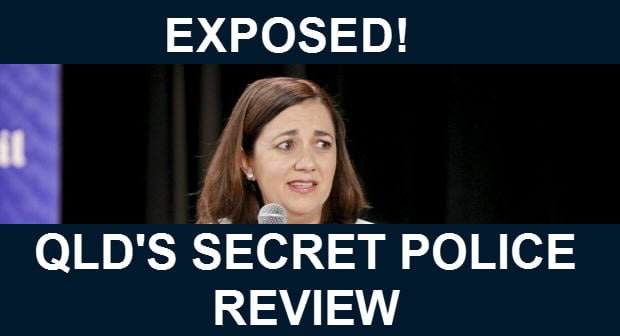 “Secret” Police Review of ALL Queensland firearm regulations under way for the past year!

As many of you know, over the past year the Queensland government has refused to have any engagement whatsoever with the firearms community, despite significant ongoing efforts by our representatives to build a relationship and engage in open communication.

In the past 48 hours a Shooters Union researcher reviewing parliamentary records has found a clear admission of what we believed (but could not prove until now) was happening.

Documents tabled in parliament by the then-Police Minister in October last year, reveal that Queensland Police have in fact been undertaking a “review” of the Weapons Act and Regulations, with an amendment Act/Regs already well underway by the time that document was tabled.

It now seems most likely that the real reason for the government refusing to engage with us has been so that they could undertake a secret review, without any input or advice from the people who are most affected by those laws and who, as we have seen over the past couple of days, are clearly much more familiar with those laws than the government is.

This is deeply alarming.

If you think this review will be minor and not affect you think again, the last time in 2014 that Queensland Police made even minor recommendations (and this time it is NOT minor) they would have:

This time around the “review” has been deliberately kept very secret and will be far more wide reaching and will drastically affect almost ALL firearm owners, including primary producers and those recreational shooters who assist rural producers by destroying feral animals.

WHAT SHOULD YOU DO?

1/ Contact your local MP and inform them of the situation, request that they seek assurance from the the Premier guaranteeing the following within 7 days:

This is truly one of the most anti-democratic moves we have yet seen ever taken against voters in Qld and we truly need you to act NOW and get onto your local MP (and write to the Premier as well) today.

SUQ will be sending out more information over the coming days on what is happening as fast as we can get it to you.

Remember your local member is actually not even aware this is happening, so they will likely be surprised as well.

And remember – be polite and stick to the facts!