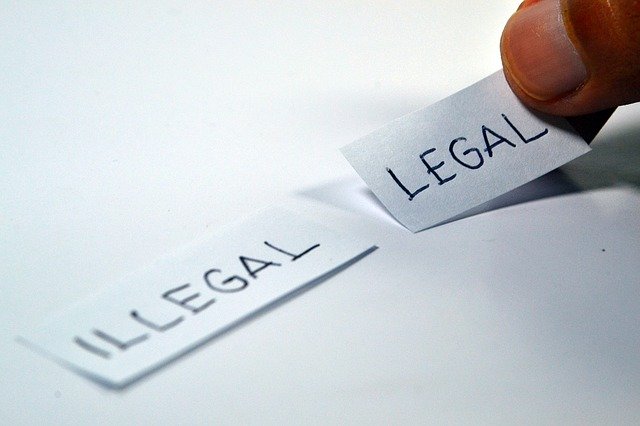 SUNS Shooting Club Inc. is an approved shooting club, having approvals in rifle, shotgun and handgun disciplines, plus collecting, as issued by NSW Police Firearms Registry.

Having approximately 700 members across NSW, many of our members are very concerned about the intent and implications of these new laws. The following is a list of concerns, submitted to this inquiry on behalf of our members:We have members across A, B, H and G categories, in accordance with our Club Approvals from Firearms Registry. That is, rifles, shotguns, handguns and collectors. Members shoot most disciplines, from air pistol targets, through clay targets to IPSC and metallic silhouette.

Many of our members also participate in hunting and vermin control, as SUNS Shooting Club has been granted Approved Hunting Organisation status, by NSW Department of Primary Industries, Game and Pest Management section.

Replacing a trigger assembly, in a shotgun, a spring in a pistol, or cylinder in a revolver or fitting a ‘scope to a hunting rifle, would be considered general maintenance of firearms and a normal part of enjoying their sport. Each of those tasks would not require the skills of a gunsmith, using readily available workshop or tool kit equipment.

Tools used, such as screwdrivers, pliers, a vice, precision (fine) files, plus oils and grease, would all be caught up in the descriptions of “objects, devices or substances” described in the Firearms and Weapons Legislation (1996) Amendment. All these items could be used to make a firearm, or modify a legal firearm, rendering it “illegal”.

Any SUNS Shooting Club member could be charged by police with having the “precursors to firearms manufacture”, simply for having tool, which any person could buy at their local hardware store.

“Grey areas” would occur, for example, when replacing the mainspring and seals in the process of restoring an old category A air rifle, such as a BSA Meteor Mk 5, as one of our members did during last winter. This involved making up a special slotted tube part, required to release the spring pressure, to remove the main spring retaining pin. That restoration also involved replacing worn trigger pivot pins, piston head and sealing rings with selective application of moly-grease. All items used could be readily obtained from Bunnings and Auto Barn! Even the exploded view of that air rifle, showing all parts, COULD be caught up in this amendment.

Another project planned by another member, is replacing the synthetic stock of a rifle with a wooden one, made with aged timber from a wild cherry tree. That would need woodworking machines, rasps and sanders, surface treatment oils and varnish.

No doubt many of our members could undertake such a project, or even more complex ones. They all have firearms licences and own registered firearms, so what real interest would the police have in such basic maintenance activities?

Our members who have G category (collectors) licences, would have detailed drawings of firearms, such as the Australian designed and built Owen Machine Gun. Collectors may not even have certain firearms in their collection, but may have manufacturing drawings, design notes and other historical records, on their computers, which could also be caught up in breaches of these amendments.

Furthermore, some of our members carry out the re-loading of ammunition, so perhaps gunpowder will be caught up in the “substances” definition.

The amendment contains words and descriptions, which may be so broadly interpreted, or have so many “grey areas” that it is likely to tie up licensed firearms owners for years in the Courts, as they endeavour to prove their innocence.

These amendments could open up a legal minefield and prove to be a goldmine for some in the legal profession, as licensed and law abiding firearms owners attempt to defend any charges.

How would they prove that they were not “knowingly” manufacturing a firearm?

Police are all too prepared to test the “grey areas” in any legislation, as we saw when the 1996 laws came in, relating to safe storage, transport of firearms, approved shooting grounds etc. Proof of that is in the fact that this proposed amendment to the Firearms Act (1996) will be the 46th!

Note also that the Weapons Prohibitions Act (1998) is now in its 127th amendment! More recently (Regina v Towner February 2020) police had already inspected the Armoured Heaven shop in Penrith, after reports of “guns being sold” there. Police took some photographs and told owner Brad Towner “no problems, these are toys”.

Some months later a different group of Police swooped on his shop and seized his stock of Gel Blasters and Cosplay toy guns. It was only some months later that he was served with a long list of “Firearms Charges” which made to appear that he had been supplying illegal weapons and ammunition to bikie gangs.

After two years and many delays, while the Department of Public Prosecutions sought “expert advice” including ballistics testing, a jury found Brad Towner not guilty on ALL charges.

One can clearly predict similar charges being laid against our members, which would see that member have his or her guns seized, firearms licence suspended and face lengthy and expensive court appearances, only to be ultimately found “not guilty”.

It has been well publicised that a majority of police officers have only a general knowledge of the Firearms Act 1996 (now in its 46th amendment!) or of the Weapons Prohibition Act 1998 (amendment no 127!).

Many police officers would not have a detailed knowledge of firearms manufacture, so may be unable to discern whether a drilled piece of metal was destined to be a firearm receiver, or a part for a model car.

Many items and objects initially considered “firearms” or “prohibited weapons”, such as bait throwers and promotional compressed air Tee shirt blowers, were deleted from later revisions of the Acts. It would be expected that in future, we will see further amendments to these Acts, caused by poorly worded laws.

Recommendations.
On behalf of our members, we strongly request that these amendments be voted down. We also suggest that, should such amendments proceed, that a clause be included to exempt Licensed Firearms Owners and Shooting Club members, from prosecution.

We do not wish our members to face having their firearms seized and to pay for lawyers to defend them in Court, after a junior police officer decides that a metal tube or hacksaw, or drills in their range bag, or on their workbench, are “precursors to firearms manufacture”.