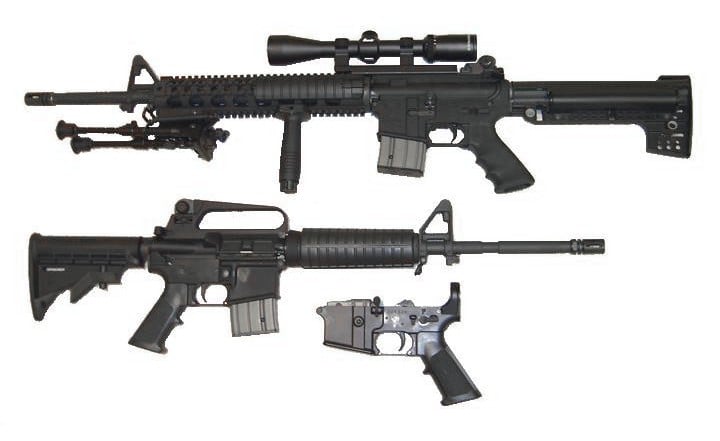 Victoria Police are tooling up in a big way to fight a largely imaginary enemy, it seems, following news they are acquiring 800 .223 calibre AR-15s, ostensibly to “combat terrorism.” And also this segment on 3AW.

We believe Victoria Police have failed the genuine need test in this case. What, exactly, do they need 800 AR-15s for? And “Combating Terrorism” isn’t a valid answer.

Australia is a safe country and while we must never be complacent, there simply has never been a large scale terrorist attack in the country since the 1978 Sydney Hilton Hotel bombing, and AR-15s would be completely useless in that sort of scenario anyway.

There is no doubt specialist units and armed offender response teams require specialist equipment including semi-auto longarms, and we are not for a moment suggesting they should not have access to them.

Just to put that number in perspective: 800 AR-15s are enough to equip literally an entire battalion of soldiers and still have plenty left over.

Is Victoria planning to secede from Australia? Are they expecting a military invasion? No? Then what on Earth justifies having 800 AR-15s In police station gun racks across the state?

There’s certainly a case for police needing access to repeating centrefire rifles, and we would suggest that the Remington 7615P or the CZ 527 Carbine – both .223 calibre Category B firearms which are also available to licensed shooters – are better choices. They fire the same round, fill the
same “more versatile than a handgun” niche, and don’t require arming the police with military-style rifles.

It’s worth noting there are almost certainly nowhere near 800 functioning Category D firearms registered in Victoria. Simply, if licensed, law-abiding firearms owners – large numbers of whom are accomplished shooters – are denied access to these guns because they can’t be trusted with them, what makes it appropriate for frontline police to have them?

Regardless – if Victoria is about to acquire 800 AR-15s, then it’s time for a serious discussion about letting properly licensed shooters own them as well – after all, two decades of experience has shown they are among the most trustworthy and law-abiding people in the community and there’s no
factual basis for prohibiting the guns anymore.